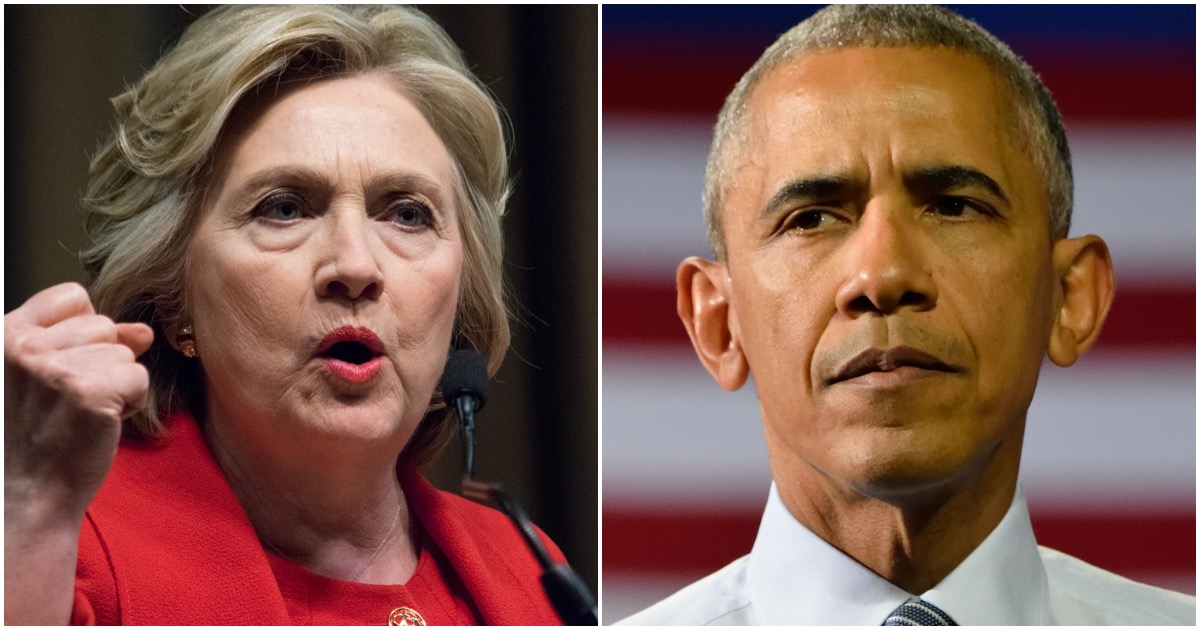 While discussing the deal he cut with Guatemala regarding Central American migrants applying for asylum in the United States, President Trump called for investigations into Barack Obama and Hillary Clinton.

President Trump on Friday lashed out at Democrats over their ongoing investigations into his administration, suggesting there should instead be probes into former President Obama’s book deal and other activities under his predecessor.

Trump said, “They want to investigate, they want to go fishing and I watched Bob Mueller and they have nothing.”

Obama and former first lady Michelle Obama signed lucrative book deals with Penguin Random House in 2017 after they left office. The terms of the agreement were not disclosed.

Speaker Nancy Pelosi (D-CA) continues to struggle speaking in front of crowds, despite decades in the public arena.

President Trump re-tweeted a clip of her stuttering profusely while talking to reporters.

Then, Hillary Clinton decided to join the party.

The problem, as usual, is that she was wildly offbase.

Speaking to the crowd at a Harris County Democratic Party in Houston, Texas, Clinton lashed out at the president for sharing what she called a “doctored” video of Speaker of the House Nancy Pelosi (D-CA) having difficulty speaking and slurring words during public appearances.

My take on Trump and his cronies spreading that doctored video of Nancy Pelosi: It’s sexist trash.

It’s also a sign that Trump is running scared.

My take on Trump and his cronies spreading that doctored video of Nancy Pelosi: It's sexist trash.

It's also a sign that Trump is running scared. pic.twitter.com/AgcH5RQNyj

Why else would anybody ask Hillary Clinton, of all people, to give advice to 2020 Democrat presidential candidates on how to defeat Donald Trump?