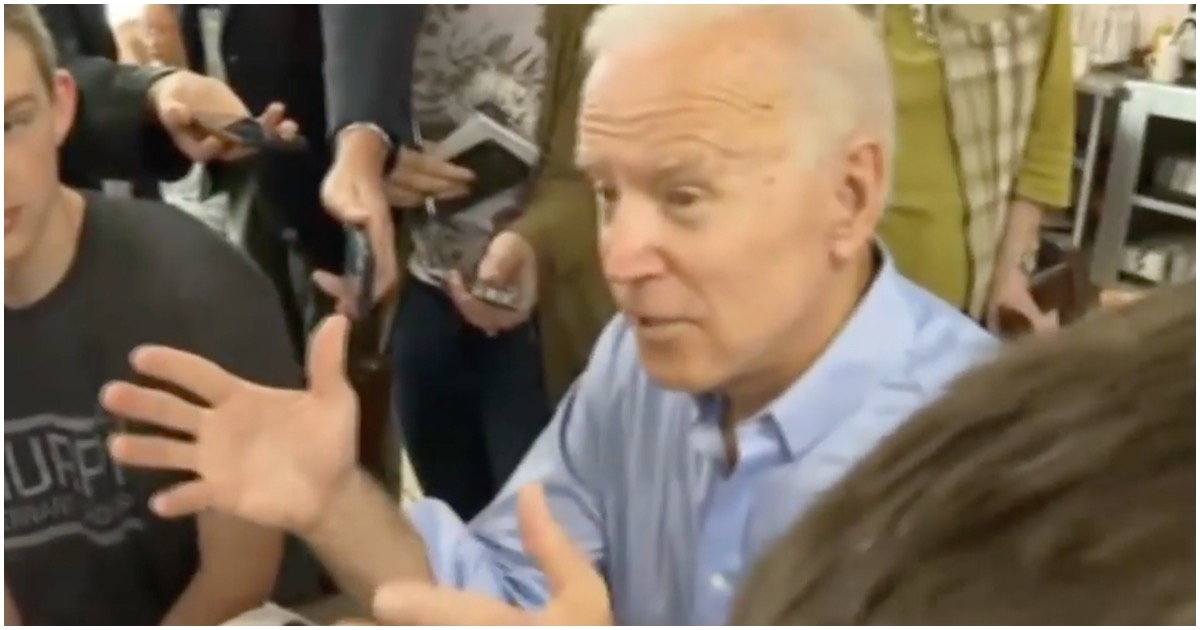 The following article, VIDEO: Biden Finally Admits It & Implies That All 2020 Democrat Candidates Are Socialists, was first published on Flag And Cross.

They’re all on the “same page.”

The figurative cat is absolutely out of the bag.

President Trump might win re-election going away but he still needs conservatives to show up to the polls.

Sorry not sorry, Bernie and Joe and Kamala and Cory and Pocahontas, but 45 is looking good in 2020.

A strong economy gives President Donald Trump a large “tailwind” for 2020 presidential campaign, a variable three statistical modelers favor to project his re-election, according to Steven Rattner, a counselor to the Treasury secretary in the Obama administration.

“The economy invariably ranks among the top issues on the minds of voters in presidential elections,” Rattner, a Wall Street executive, wrote in an opinion piece Monday for The New York Times. “At the moment, it appears to offer President Trump a meaningful tailwind.

The three statistical sourced by Rattner include Moody’s Analytics Mark Zandi, who has analyzed 12 models that all project President Trump as the winner, and Trend Macrolytics’s Donald Luskin, who honed in on the Electoral College and also projected re-election.

There are 19 million Democrats running for president.

In order to stand out from the far-left field, one must say something equal to or crazier than one’s opponents.

These Dems sure know what middle-class Americans want, huh?

Democratic presidential candidate Kirsten Gillibrand on illegal aliens who are arrested at the border: “As President, I wouldn’t use the detention system at all…They don’t need to be incarcerated…They can go into the community the way we used to handle these cases under DOJ”

Democratic presidential candidate Kirsten Gillibrand on illegal aliens who are arrested at the border: “As President, I wouldn't use the detention system at all…They don't need to be incarcerated…They can go into the community the way we used to handle these cases under DOJ” pic.twitter.com/UT5ckrvy6G

The far-left 2020 presidential candidate may stand zero chance of defeating President Trump – or even members of her own party for the Democrat nomination – but that won’t stop her from claiming the goal is to “punch” POTUS “in the face.”