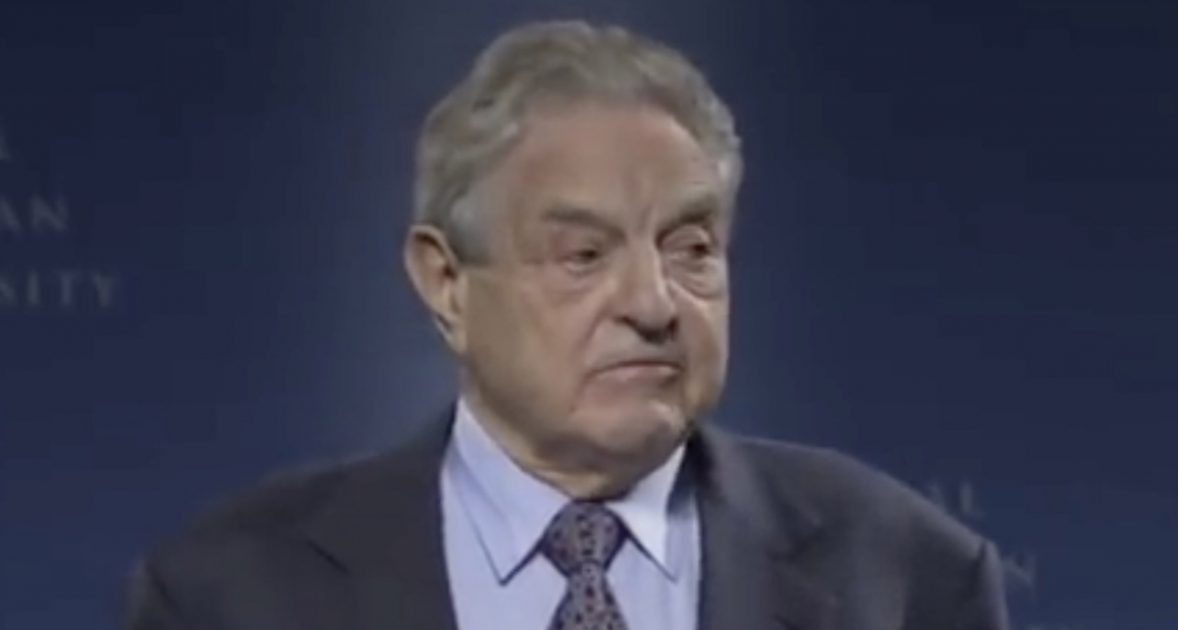 With Democrats running around constantly whining about “foreign influence in U.S. elections,” isn’t it amazing that they haven’t denounced the billions anti-American foreign billionaire George Soros sinks into U.S. elections?

The latest hefty sum Soros dropped on a U.S. election was the one million dollars he spent to get left-wing prosecutors elected in the Commonwealth of Virginia.

Soros pushed the contributions to Dehghani-Tafti and Descana from his Justice & Public Safety PAC, a committee used to fund local races across the country that could make an impact on the criminal justice system. The donations represent an overwhelming majority of what both candidates have raised, the Washington Post reports.

The races in Virginia are far from the only time the foreign billionaire has tried to sway a U.S. election by filling the coffers of left-wing candidates with his millions.

Only two years ago he flooded Philadelphia’s district attorney races with $2 million of his ill-gotten gains.

As the Beacon adds, “In San Diego, Soros poured $1.5 million into the district attorney race last year to back Geneviéve Jones-Wright, a far-left deputy public director in the county who was challenging incumbent Summer Stephan.”

The left-wing billionaire’s funding campaign is nothing new, either. Back in 2016, the Daily Signal was writing about how Soros was working to swing every local prosecutor race in the country to the far left.

This latest push to force leftism by flooding our prosecutor elections with foreign cash is also not his first effort. 15 years ago, he launched an effort to buy the elections of all the Secretary of State races in every state across the nation. Called the Secretary of State Project, the goal was to flood each state race with left-wing money so that liberals would win office and could then go forward to control elections to warp them so that liberals would always win. Soros gave millions to that effort.

So, once again I ask: where are the Democrats to decry foreign interference in U.S. elections with the literal billions of dollars that anti-American billionaire George Soros has dumped into U.S. elections from local, to state, to federal for the last 20 years?

If Democrats are against foreign influence in our elections, Soros is the single worst example f that sort of interference. And yet, we get silence?

Why? Well, because Soros is working to elect left-wingers. So, he is excused.

But it does show that Democrats are 100 percent hypocrites for even claiming they oppose foreign interference in U.S. elections. The fact is they don’t.

Monkey boy needs to be removed from this country like a banana during harvesting time! CHARGE THIS FOOL WITH TREASON1

Makes one wonder why this un-American is still among the living.