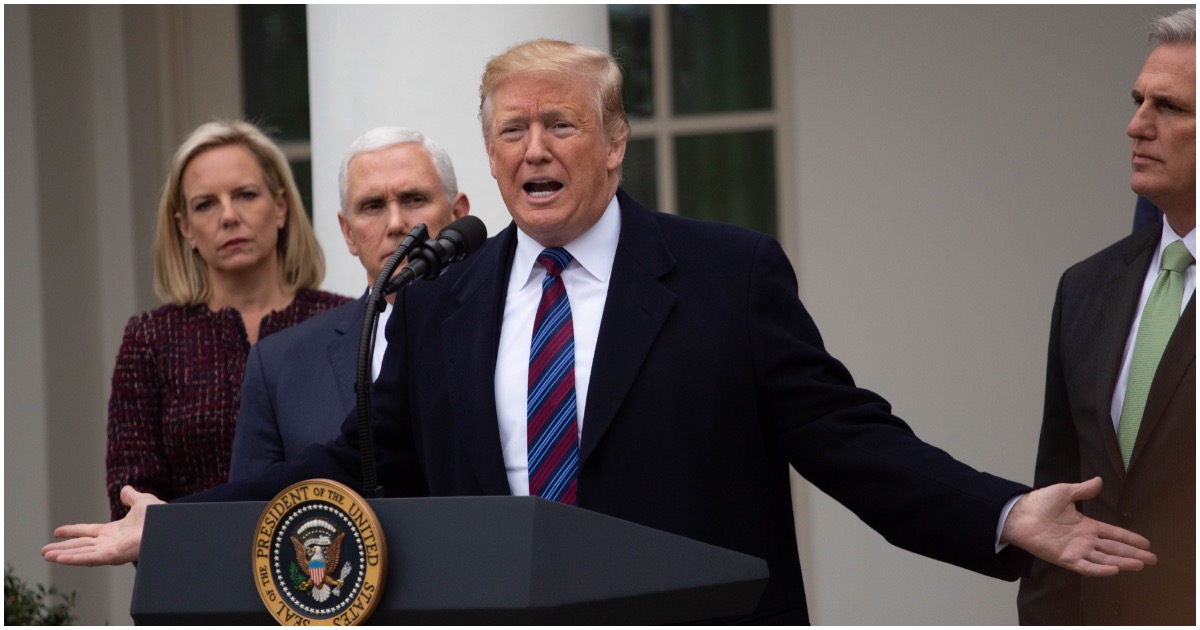 The following article, GOP-Controlled Senate Sets Up Showdown With Trump, Will Not Confirm Pick For Immigration Services, was first published on Flag And Cross.

Barack Obama never had this problem.

It’s either a good thing or a bad thing, depending on how you view it.

And yet, President Trump is constantly fighting with members of his own party to get things done.

Here’s the latest example, per The Hill:

Senate Republicans are warning that Ken Cuccinelli, who was tapped Monday to serve as the acting head of U.S. Citizenship and Immigration Services (USCIS), will not be confirmed by the GOP-controlled Senate.

Cuccinelli started his job atop the immigration agency Monday, a controversial move that came even after top Senate Republicans publicly warned that the former Senate Conservatives Fund leader would face a rocky reception on Capitol Hill.

Trump hasn’t said if he will try to get Cuccinelli confirmed to the spot on a permanent basis. But Republican senators sent a warning shot on Monday, predicting that he likely cannot be confirmed in the GOP-controlled Senate, where a nomination has to lose four Republican senators to fall short of the simple majority required for nominations.

During a confirmation hearing for a judicial nominee, New Jersey Senator Cory Booker applied a religious test. That, of course, would be unconstitutional.

Unfortunately for Cory, Sen. Ted Cruz (TX) was close by.

Cruz wasn’t about to let Cory get away with disrespecting the constitution.

Booker seized on Rao’s 2008 article opposing the Supreme Court decision Lawrence v. Texas, which decriminalized homosexual activity. He then directly asked her, “Are gay relationships in your opinion immoral?”

Rao: “I am not sure the relevance of that.”

Booker: “Do you think gay relationships are immoral?”

Booker: “Do you believe they are a sin?”

Rao: “My personal views on any of these subjects are things I would put to one side.”

Booker: “So you’re not willing to say whether you believe it is sinful for a man — for two men — to be married?”

Cruz: “The Senate Judiciary Committee should not be a theater for twisting nominees’ records or views, nor should it be an avenue for persecution. We have seen a growing pattern among Senate Democrats of hostility to religious faith. I was deeply troubled a few minutes ago to hear questioning of a nominee asking your personal views on what is sinful. In my view that has no business in this committee.”

Continue reading: GOP-Controlled Senate Sets Up Showdown With Trump, Will Not Confirm Pick For Immigration Services ...