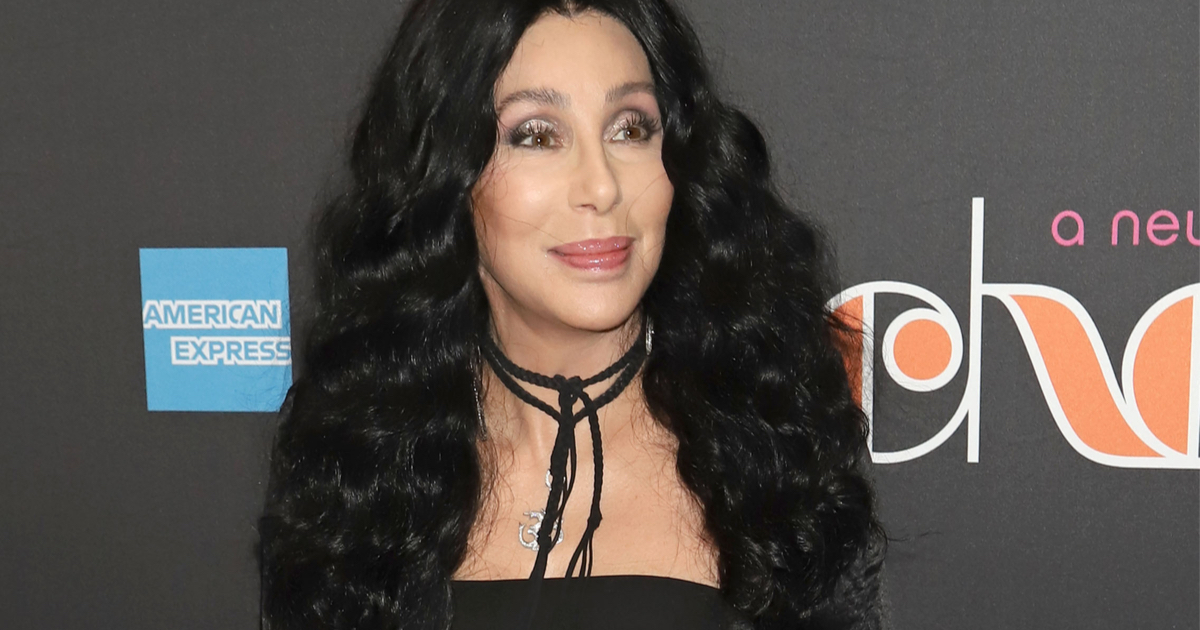 The following article, Pop Has Been Cher Melts Down, Claims Trump will Put Gays ‘In Internment Camps’, was first published on Flag And Cross.

Cher is at it again with another wholly unhinged tweet attacking President Donald Trump and his supporters, this time with a new conspiracy theory insisting that Trump intends to put gay people in “internment camps” if he is-re-elected.

The Half Breed singer’s tweet was in reaction to a BuzzFeed story reporting that Donald Trump has become the first U.S. president to recognize LGBTQ Pride month.

But Cher was incensed by the president’s recognition of the month and hyperbolically accused Trump of looking to put gays in “internment camps.”

ON UR SHOULDER & STICK HIS

ON UR SHOULDER & STICK HIS

WAKE UP & SMELL PAIN,HIS BASE WANTS U GONE

The BuzzFeed story came on the heels of a Friday announcement by the White House recognizing LGBT Pride Month.

“As we celebrate LGBT Pride Month and recognize the outstanding contributions LGBT people have made to our great Nation,” the White House statement read, “let us also stand in solidarity with the many LGBT people who live in dozens of countries worldwide that punish, imprison, or even execute individuals on the basis of their sexual orientation,” he wrote in a series of tweets. “My Administration has launched a global campaign to decriminalize homosexuality and invite all nations to join us in this effort!”

While Cher may have become still more unhinged due to her Trump Derangement Syndrome, a former leader of the GOP gay group, the Log Cabin Republicans, was enthused by the administration’s support.

“Been waiting all my life for a Republican to show this kind of leadership,” Gregory T. Angelo, former president of the Log Cabin Republicans, tweeted on Friday. “THANK YOU PRESIDENT TRUMP!”

Been waiting all my life for a Republican to show this kind of leadership — THANK YOU PRESIDENT TRUMP! https://t.co/y4FyIFP21a

“In his statement, the president mentioned his support of the many LGBTQ individuals around the world who are wrongfully persecuted for their sexual orientation,” she said. “We look forward to working with him to ensure the policies in this country are nondiscriminatory as well.”

Trump has also announced a campaign to convince world leaders to put an end to the criminalization of homosexuality, especially in the Muslim world where many countries execute gays.

Continue reading: Pop Has Been Cher Melts Down, Claims Trump will Put Gays ‘In Internment Camps’ ...

Just remember that this old has-been would not be in the spotlight if Sonny had left her where ever he found her in the first place!

No What….? Trump will inter Old Mummified Washed Up Hags who spew hateful Trump rhetoric into Re-Education Camps….!

Cher carries an immense guilt that she tries to rationalize every minute of her life. She and Sonny allowed and even encouraged their beautiful daughter, Chastity, to embrace a licentious and sinful homosexual lifestyle. I cannot imagine the weight on her soul. Striking out at others might give her, at least, momentary relief.
I pray that Truth will find its’ way into her heart.