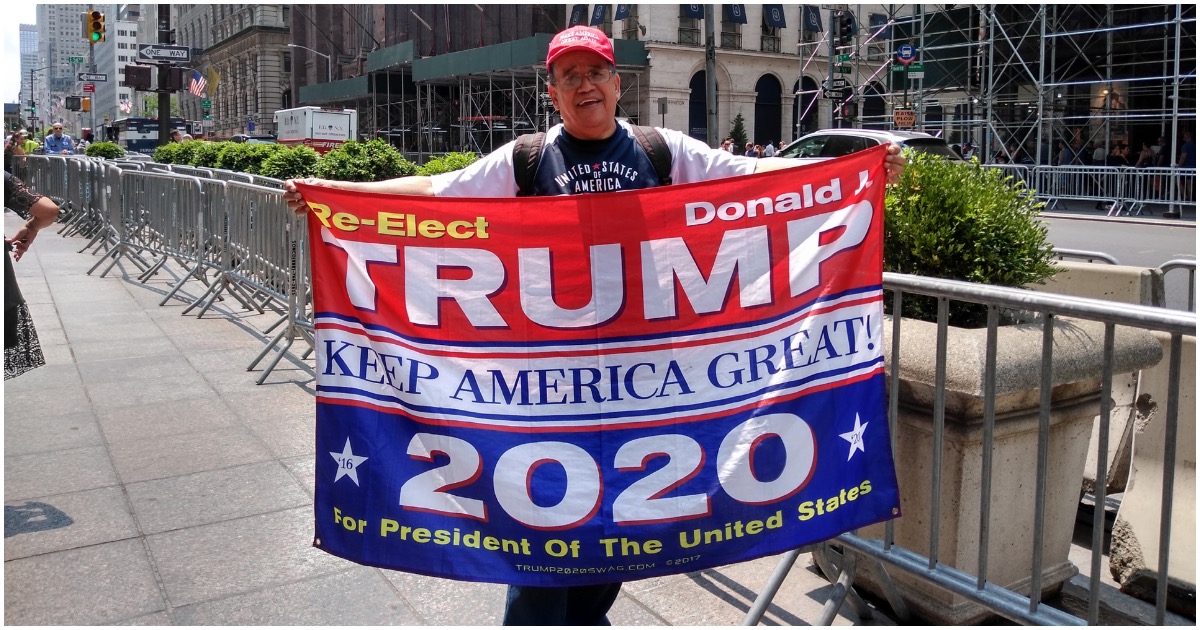 The economy is doing well and unemployment is waaaaaayy down.

Here’s the one thing that could potentially derail re-election…

One such analyst, American University professor Allan Lichtman, said recently that the only way Trump would lose re-election is if Democrats “grow a spine” and impeach him.

Lichtman has correctly predicted the last nine presidential elections, dating back to 1984.

He tells @BrookeBCNN that Trump will win again in 2020 “unless the Democrats grow a spine and do their Constitutional duty, and move into an impeachment inquiry.”

He tells @BrookeBCNN that Trump will win again in 2020 "unless the Democrats grow a spine and do their Constitutional duty, and move into an impeachment inquiry."https://t.co/hOa1Jlgsdo pic.twitter.com/zv4XAk0ayc

If Beto O’Rourke nabs the Democrat nomination, he may choose Georgia flag-burner Stacey Abrams as his running mate.

Robert Francis O’Rourke has yet to learn that.