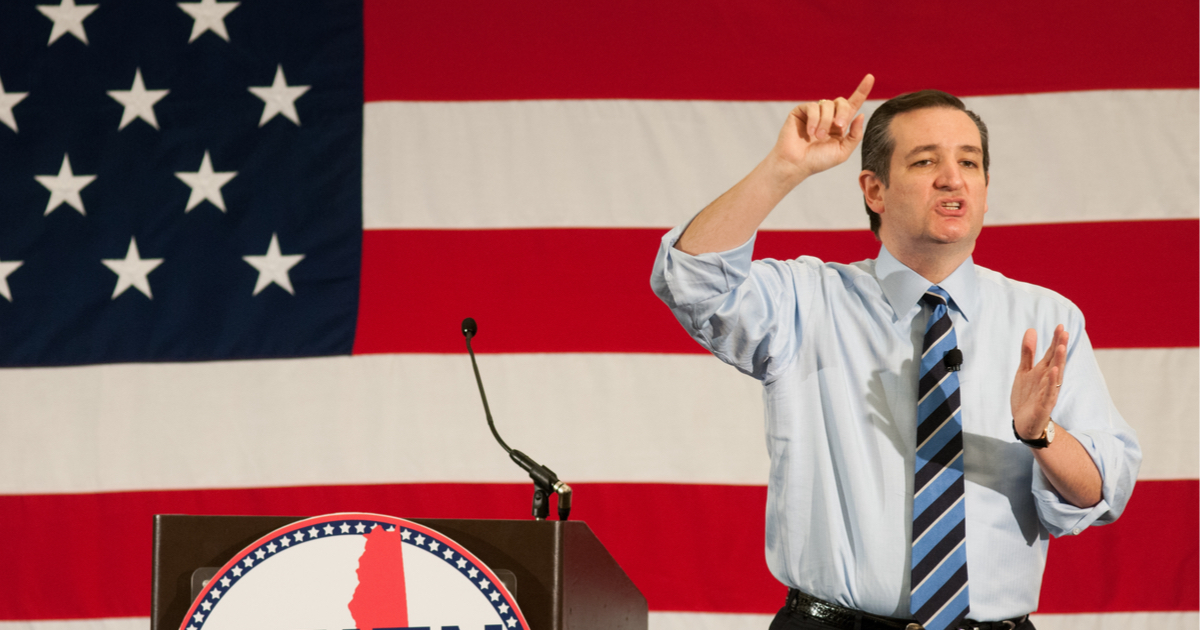 The following article, Ted Cruz and Alexandria Ocasio-Cortez Look Ready to Team Up on Lobbyist Legislation, was first published on Flag And Cross.

In this ever-polarizing world of American politics, it can be more than a little disheartening to see the pure and unadulterated partisan hackery of Capitol Hill.

This is no accident, at least not for the mainstream media.  Their divisive rhetoric is a purposeful act of sabotage here in the United States, with industry heads understanding fully well that their constant goading creates grand conflicts.  When these conflicts erupt, as they have several times over the last few years, the media profits immensely from their coverage.

But there is hope for compromise and for collaboration, as evidenced by the latest political odd couple who have chosen to work together as opposed to tearing each other down.

Sen. Ted Cruz and Rep. Alexandria Ocasio-Cortez set aside their Twitter bickering Thursday to strike an unusual bargain: an agreement to work together on a bill to ban former members of Congress from lobbying for life.

The Texas Republican and the New York Democrat made the pact on Twitter after Ocasio-Cortez tweeted a report by the watchdog group Public Citizen on the number of former lawmakers who’ve headed to K Street this year.

“I don’t think it should be legal at ALL to become a corporate lobbyist if you’ve served in Congress,” Ocasio-Cortez tweeted.

Cruz, who’s feuded with Ocasio-Cortezon Twitter before, tweeted that he agreed, suggesting it might be “a chance for some bipartisan cooperation.”

Ocasio-Cortez responded by proposing a deal: “If we can agree on a bill with no partisan snuck-in clauses, no poison pills, etc – just a straight, clean ban on members of Congress becoming paid lobbyists – then I’ll co-lead the bill with you.”

Should this unlikely team succeed in even introducing a bill before the House, it would be seen as a huge moment in the reunification of the American electorate in the wake of the media’s manufactured dissonance.

What? ocaso-cortez is really willing to act in the best interest of Americans?