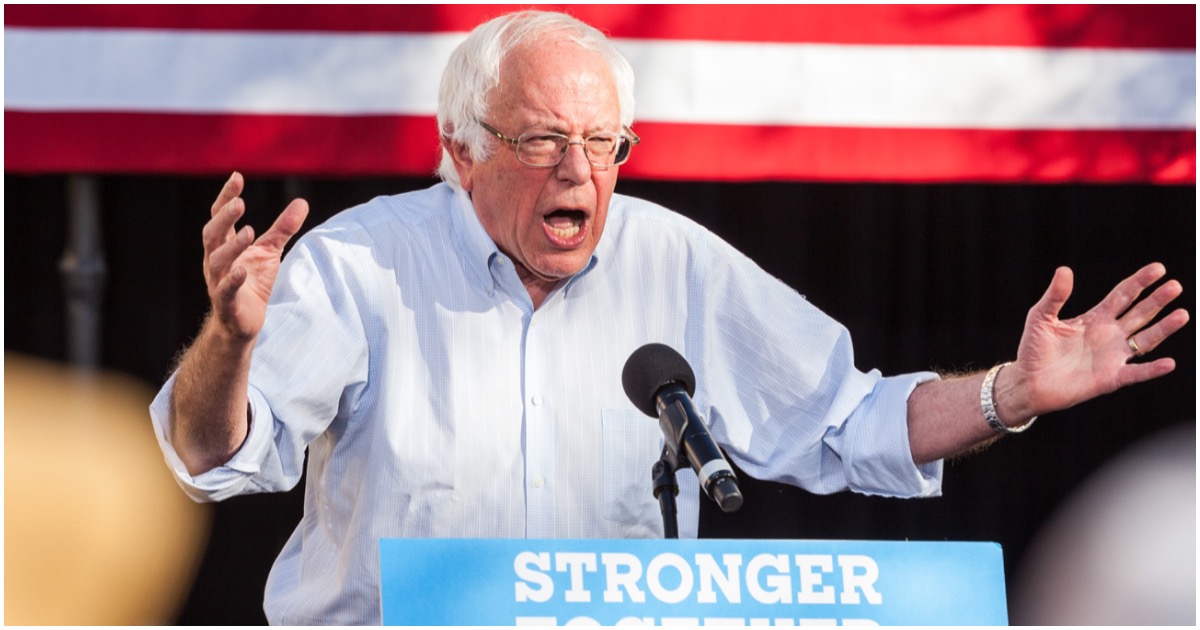 The following article, CONFIRMED: Bernie Says He’ll Raise Taxes On Every American, Then Raise Them Some More, was first published on Flag And Cross.

Everyone knew it was coming.

If Democrat Socialist Bernie Sanders becomes president, he plans to raise taxes on every single American – and then ask for more.

Speaking to a crowd in New Hampshire, which he won handily in the 2016 primary, Sanders admitted that, in order to pay for his expansive “Medicare-for-all” plan, he’s going to have to raise taxes, and not just on the “rich” and the “1%” — on everybody.

Fox News reports that Bernie Sanders’ plan to pay for universal health care would first involve an increase in payroll taxes alongside an increase in federal income taxes on “high-income earners” to fund the project, which some economists anticipate could cost as much as $32 trillion to implement over the course of the next decade (assuming that there would be no steep cuts to service).

If that’s not enough, though, Sanders anticipates digging deeper into taxpayers’ pockets, upping income taxes on “ordinary people.” But he ultimately excuses his money grab by claiming that taxpayers will, in turn, save thousands on health care costs.

Sanders noted, “It would cost you and ordinary Americans a lot less than you are currently spending on average. What it will probably end up looking like is a payroll tax on employers, an increase in income tax in a progressive way for ordinary people — with a significant deductible for low-income people who pay nothing for it.”

Bernie’s supporters are low information voters. It is a fact.

This has been confirmed by NBC…of all networks.

The Democrat nomination will most likely go to Bernie or former Vice President Joe Biden. It’s really that simple.

During a town hall on Fox News (for some reason), Bernie was asked about his taxes – considering he recently admitted he was a millionaire.

Sanders wasn’t too pleased with the question.

Fox News host Bret Baier first pressed Sanders on the issue, to which Sanders responded: “Pfft…come on…I am, I paid the taxes that I owe…why don’t you get Donald Trump up here and ask him how much he pays in taxes.”

Sanders: “Pfft…come on…I am, I paid the taxes that I owe…why don’t you get Donald Trump up here and ask him how much he pays in taxes” pic.twitter.com/MNAVs3TOnv

Bernie noted, “You can volunteer too. Martha, why don’t you give? You make more money than I do.”

MacCallum: “So would you be willing to pay 52% on the money that you made? You can volunteer, you can send it back”

Bernie: “You can volunteer too…why don’t you give? You make more money than I do”

Baier: “And she’s not running for POTUS” pic.twitter.com/zn4XrzJIXG

Continue reading: CONFIRMED: Bernie Says He’ll Raise Taxes On Every American, Then Raise Them Some More ...

Go ahead1 Vote for this unmarried female dog and give up your freedom, money and way of life! If you do not know the definition of SOCIALIST…look it up and attempt to be educated! (Protected under the first amendment!)