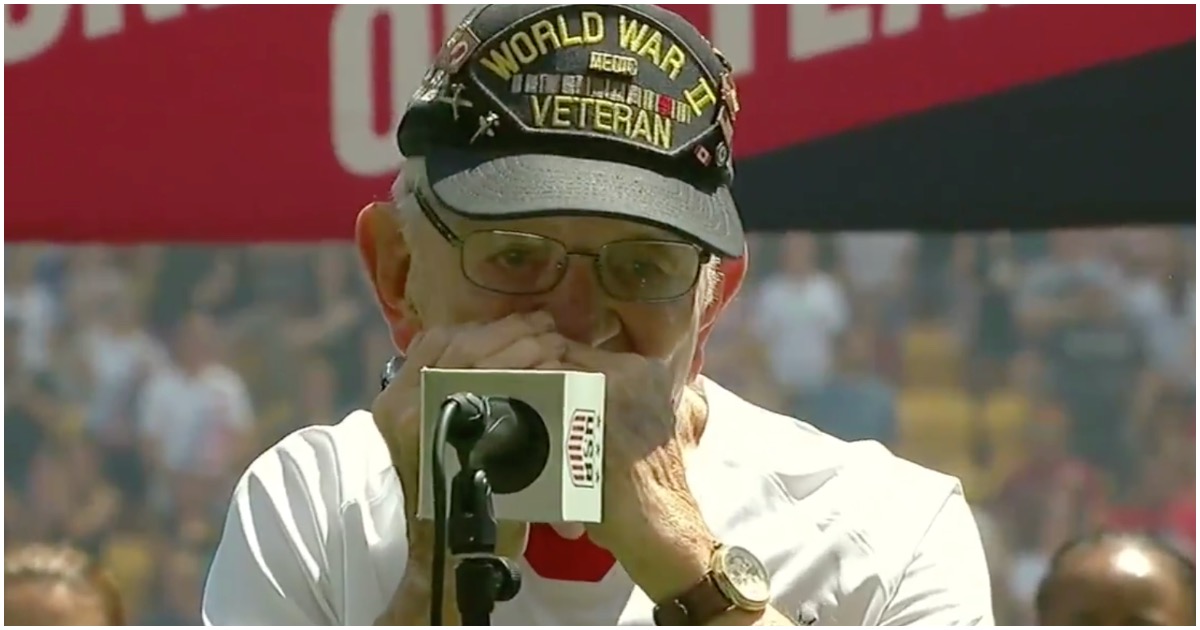 Pete DuPre absolutely crushed the National Anthem on his harmonica on Memorial Day.

Every American owes this man a debt of gratitude for his service to our country.

Without further adieu, check this out…

A 96-year-old World War II veteran’s harmonica rendition of the national anthem brought the house down at a soccer match in New Jersey on Sunday.

More on Pete, via NJ:

During WWII, DuPre served as a medic in the 114th General Hospital Unit in Kidderminster, England. At age 17, both of his parents had already died, making him the acting patriarch of a five-person family. Within a year, Pete had enlisted in the Army serving three years overseas during which time he treated wounded servicemen from all areas of Europe.

Gary Sinise will always be known as Lieutenant Dan from “Forrest Gump.”

However, he may forever be remembered as the Hollywood actor who did exceptional work on behalf of America’s veterans.

Sinise broke down in tears after celebrities and workaday folks thanked him for all he’s doing for our heroes.

People magazine reported that, in honor of the Feb. 12 release of Sinise’s new book “Grateful American,” a number of Hollywood stars and other people he has worked with over the years got together and made a video expressing their own feelings of gratitude for the selfless effort Sinise has made to better the lives of others.

A separate video captured the moment when Sinise was told to watch the brief video prepared in tribute for him, and he could only smile and say how “shocked” he was by it as he wiped away tears of joy.

How great was that?

Check out this clip of a gay black veteran ripping hate crime hoaxer Jussie Smollett to pieces, because you’re certainly not going to see it on MSNBC.

Kudos to this American hero for speaking up and calling out Jussie for attempting to incite a race war.