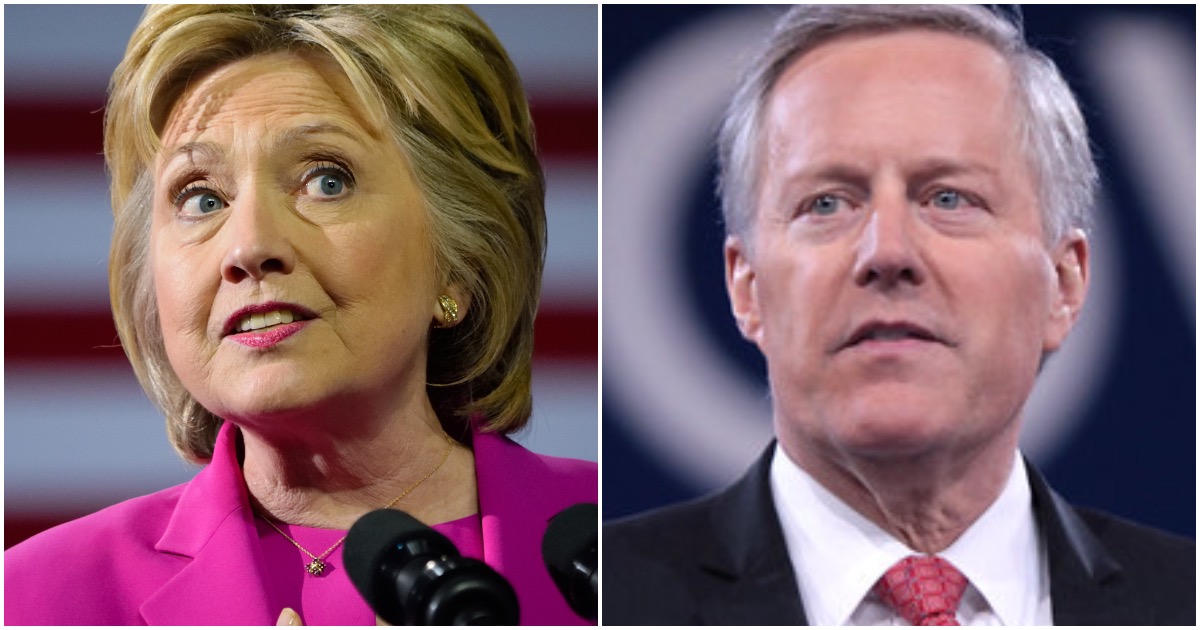 Two to three people related to Fusion GPS, which was hired by the law firm that represented Hillary Clinton, are about to be in big trouble with the Department of Justice.

Meadows noted, “I can tell you that there are two or three individuals that we believe could have potentially given false testimony to Congress. We have been looking at that, reviewing not only the Mueller report, but comparing those to transcribed interviews that might have happened in Congress.”

The Republican, who is a close ally of President Donald Trump’s, declined to identify the targets of the referrals, but he indicated to moderator Bob Costa that they were related to Fusion GPS and the Steele dossier.

Meadows added, “I do have great concerns on the role, not just Fusion GPS, but those associated with it played early on, and how was that used or not used as it relates to this investigation.”

Fusion GPS was hired in April 2016 by the law firm representing the Clinton campaign and DNC. From there, Fusion hired former British spy Christopher Steele to gather dirt on Donald Trump and his possible ties to Russia.

The result was a 35-page report that now appears to have contained false allegations of collusion between the Trump team and Russian government. The special counsel found no evidence of a conspiracy between Trumpworld and the Kremlin to influence the 2016 election.

This could be a pretty big deal. Stay tuned…

Whoever wrote the question that this moderator was forced to spout should be put in time-out.

Why else would anybody (literally, anybody) ask Hillary Clinton to give advice to 2020 Democrat presidential candidates on how to defeat Donald Trump?