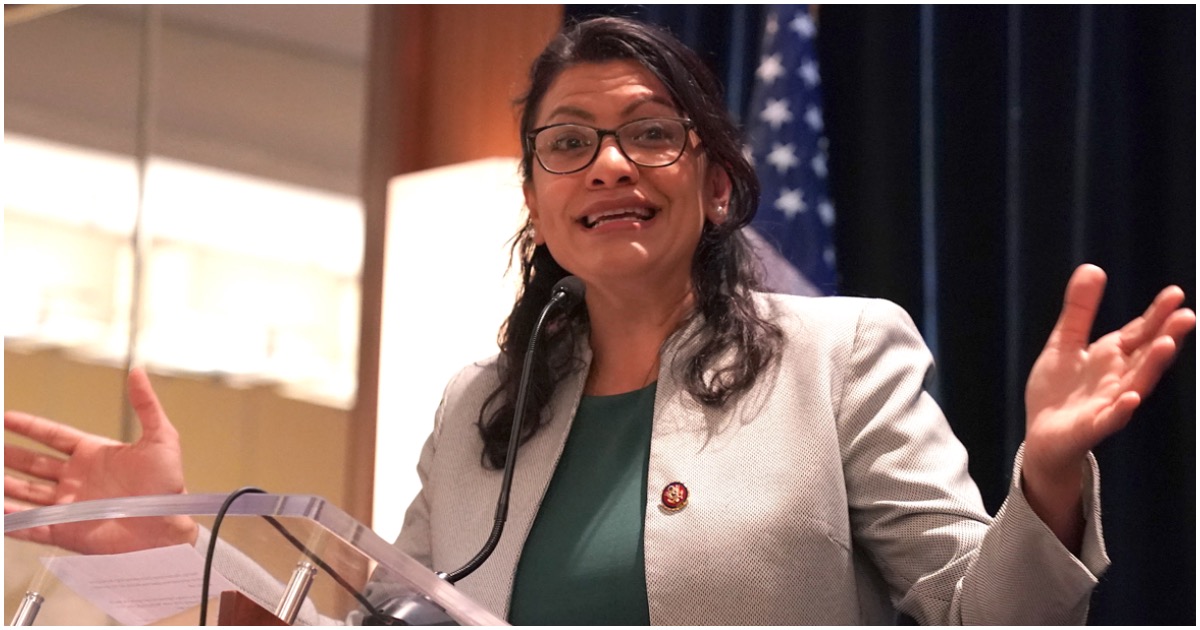 Today belongs to the woman who draped herself in the Palestinian flag after winning her election last November.

In case you live under a rock, Tlaib has made it abundantly clear that isn’t the biggest fan of Israel.

Tlaib retweeted a tweet from a far-left Democrat activist that goes by the name “Rasha” on Twitter.

The tweet featured a video of NYU commencement speaker Steven William Thrasher who promoted the anti-Semitic movement at the school’s graduation this month.

Thrasher noted, “I am so proud, so proud, of NYU’s chapters of Students for Justice in Palestine and Jewish Voices for Peace, for supporting the Boycott, Divestment, and Sanctions movement against the apartheid state government in Israel.”

You know how Americans hijacked multiple planes on September 11, 2001 before crashing them into large buildings and murdering upwards of 3,000 people?

That’s because Americans were not behind the attack that forever changed the world.

Tlaib, known for lodging her foot directly between her lips, says she was “really afraid” of her “fellow Americans” after 9/11.

Rep. Rashida Tlaib (D-Mich.) says that she was “afraid” of Americans in the days following the attacks on Sept. 11, 2001.

Tlaib: “I was probably my second year in law school when 9/11 happened. And I was — I was really terrified of what was going to happen to my husband, who’s only a green card holder at the time.”

She added, “I immediately called my brothers and told them to be very careful who you hang out with, telling my sisters, you know, just be real careful out there, and being really afraid of my fellow Americans. It really pushed me to be more involved, and I got really curious and really angry. And I think that combination got me, you know, in front of a number of issues in the city of Detroit.”

Tlaib knows exactly what she’s saying. Unfortunately, the MSM does, too, they just won’t report it to the masses.

About that, Palestinian flag deal from earlier.

She claimed, “A lot of my strength comes from being Palestinian.”

Rashida Tlaib words on her Democratic primary win on her way to become the first Muslim Palestinian congresswoman in the history of the United States. Michigan!

"A lot of my strength comes from being Palestinian."

But for someone wrapped in a Palestinian flag on Election Day to level such a charge is shocking.

Debate policy on the merits, not baseless motives. pic.twitter.com/nRmHYAUBB5

These People get elected to Congress, “All Americans,” be advised the Muslim No-Go Zones are on the rise in Europe and America (Michigan). Be careful when going there, not safe. We need to Vote these People out of Office, soon.