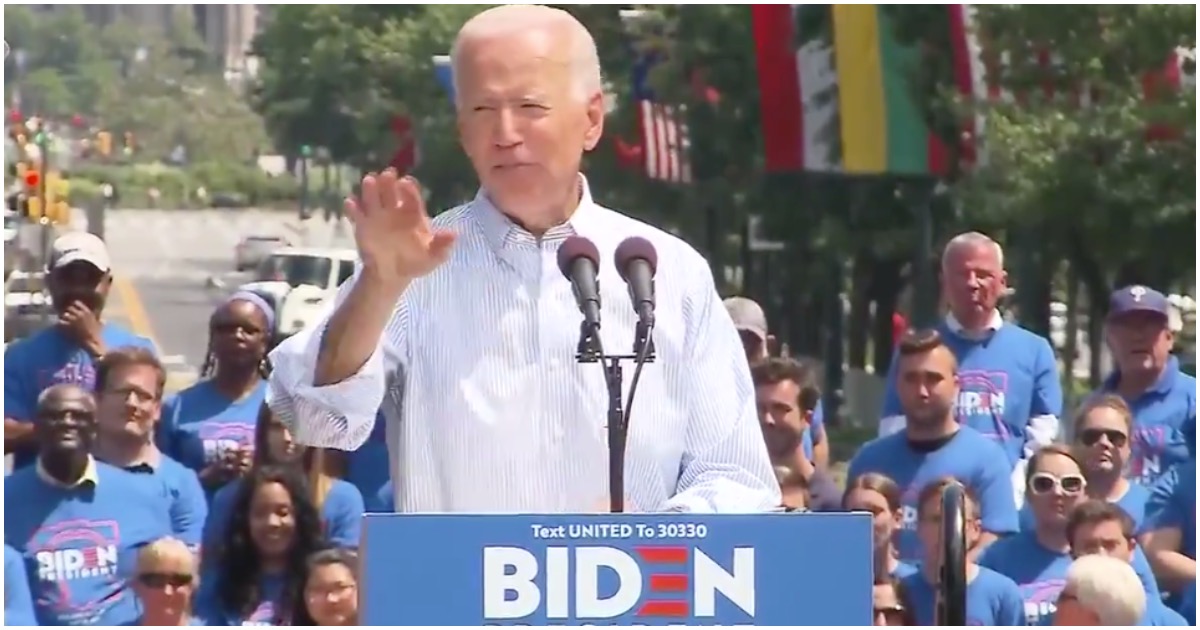 The following article, WATCH: Biden Tells Crowd That Trump’s Strong Economy Is All Because of Obama – & HIM, was first published on Flag And Cross.

Joe Biden is quite the card, even after all these years.

Where he finds the marbles to tell a crowd of rallygoers that he and Barack Obama are responsible for the current thriving economy is anyone’s guess, but when you’re talking to the politically uninformed anything goes.

Continue reading: WATCH: Biden Tells Crowd That Trump’s Strong Economy Is All Because of Obama – & HIM ...

His talk is like the wast I see in a toilet after I use it!

You know folks, hitler said similar things on his way to becoming the worst dictator the earth has ever seen.

Without the Heavy burden of unnecessary Regulations, the heavy Taxes, the War on all of our natural energy supplies, without all of the War Obama and company led against this Country, Trump would not have been able to end them all and Allow our Economy to Flower!

Well, perhaps biden was just making a joke, maybe like ocasio-cortez now claims her prediction of the Earth ending in 12 years was a joke and those believing her were foolish?