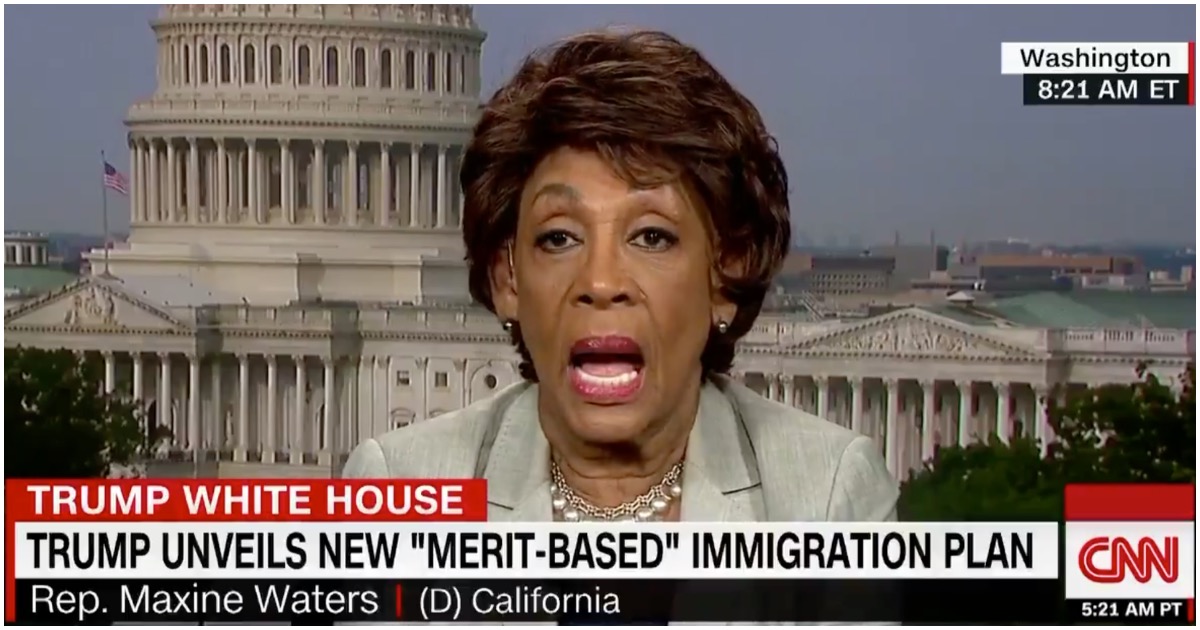 Now that President Trump has introduced a “merit-based” immigration plan, Democrats like Rep. Maxine Waters (CA) are less than thrilled.

But that’s nothing new.

Waters said, “If we look at Mueller’s report and see where he clearly defines that he’s obstructed justice, people will increasingly come to the conclusion that impeachment is inevitable. This president has done everything that one could even think of to be eligible for impeachment and the Constitution basically gives us the power to deal with someone who has not acted in the best interest of this country. Who is unfit to be president. So I don’t know if Nancy Pelosi is moving closer, but I suspect the information is becoming overwhelming.”

President Donald Trump is using immigration reform to “promote himself in a campaign” and that comes off as “very racist” to Rep. Maxine Waters, D-Calif.

Waters said, “There should be comprehensive immigration reform and not immigration reform based on exciting and inciting those people who have negative thoughts about others coming across our border, and basically working to use that information to promote himself in a campaign. And I think some of that is very racist.”

Trumps lawyers better put the Horilla in it’s place with a few Slander lawsuits….! And call Animal Control & Zoo Keepers to capture and cage it in the L.A. Zoo… or D.C. Wild Animal Park…..!