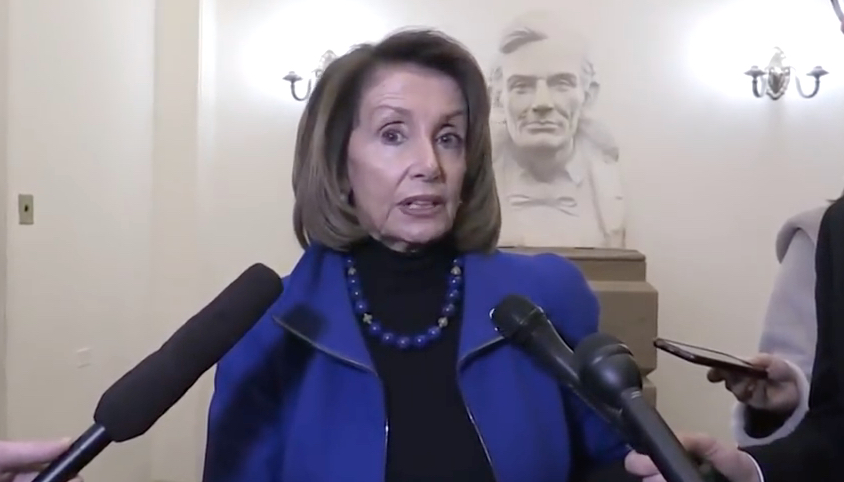 The following article, Nancy Pelosi Backtracks on ‘Crisis’ Talk in Stunning Border Reversal, was first published on Flag And Cross.

For years, and likely decades, the southern border of the US has been a dangerous place.  Still, people from all around the world attempt to traverse this no-man’s land to enter the United States – a land of dreams and hope for many.

They risk it all:  Harsh environmental conditions, possible arrest by American border authorities, the brutality of the Mexican drug cartels who patrol the areas, and the insidious nature of the unscrupulous “coyotes” who are tasked with providing passage.

By allowing these migrants to endure these conditions, US immigration policy has, for years, been perpetuating this crisis.  Unfortunately, in a nod to their “resistance”-minded base, the democrats have been obstructive to the President’s plans for a border wall – something that would help funnel these would-be Americans to legal and humane points of entry while deterring the ne’er-do-wells who wish to take advantage of the open country.

This schtick is costing the democrats dearly, however, and even Nancy Pelosi has been forced to backtrack on her previous stance as the border crisis becomes undeniable.

“Well, let me just say this. We have never not said that there was a crisis — there is a humanitarian crisis at the border, and some of it provoked by the actions taken by the administration,” Pelosi stated during her weekly press conference in the Capitol Visitor Center on Wednesday.

Of course, these statements run counter to Pelosi and her fellow democrats have been saying for years.

During a joint press conference in January, Pelosi and Senate Minority Leader Chuck Schumer (D-NY) accused the president of using the “backdrop of the Oval Office to manufacture a crisis, stoke fear, and divert attention.”

Further, House Majority Leader Steny Hoyer said of the situation at the Southern border after a visit to El Paso, Texas: “The first, most dramatic thing we found was there is no crisis.”

Democrats have one last obstacle to face, it seems:  How to appease their anti-Trump base when the party is clearly aligning with the President on this very real, time-sensitive matter.

Amazing! When the liberals start having the illegals dumped on their doorsteps it becomes a “crisis”? Those dems should explore the plan to have the illegals stay in their own country and just send in their democrat party votes?