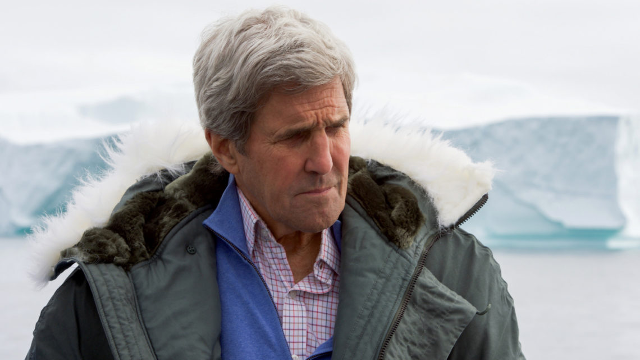 The following article, Mike Pompeo Butts Heads with John Kerry After Unprecedented Overstep, was first published on Flag And Cross.

The dysfunction of the DC Swamp has sunken to new depths this week, in the midst of escalating tempers both in the Persian Gulf and on the banks of the Potomac.

Iran has long been at odds with the United States, ceding only a small amount of this seething after former President Barack Obama handed them a sweetheart nuclear deal that the international community had serious concerns about.

President Trump, recognizing the danger in this allowance for the regime, quickly worked to rescind parts of that deal, leading to an irate Iran.  Just last week, this came to a head when Israeli security forces revealed what they believed were plans for an attack by the regime against American military targets in the middle east.  This prompted the US to send a carrier group toward the Persian Gulf in a show of force.

The saber rattling has continued, but a new worry has washed ashore in Washington, as Trump and national security adviser John Bolton seem to be at odds as to how to handle these new threats.

Now, another recent bit of DC defiance has riled up Secretary of State Mike Pompeo.

Secretary of State Mike Pompeo slammed his predecessor John Kerry, telling him “it’s time to get off the stage” and stop inappropriately engaging with foreign leaders while undermining the Trump administration’s foreign policy.

Pompeo made the comments in a Fox News Radio interview with Guy Benson on Thursday amid the increasing tensions between the U.S. and Iran, and the calls to investigate Kerry, the former secretary of state under President Obama, over the alleged violations of the Logan Act for meeting with Iranian officials.

“It is ahistorical and completely unhelpful when previous secretaries of state are continuing to engage in the tasks that they engaged in when they were the secretary of state,” Pompeo said. “I’ll leave it at that in the sense of it’s time to get off the stage for the previous administration.”

For many Americans, Kerry’s continued presence in US foreign affairs only furthers the worrisome reality of the so-called “deep state”.

Ok INVESTIGATE his ass , you’ll find it there’s photos , news films , his photo-op’s will do him in