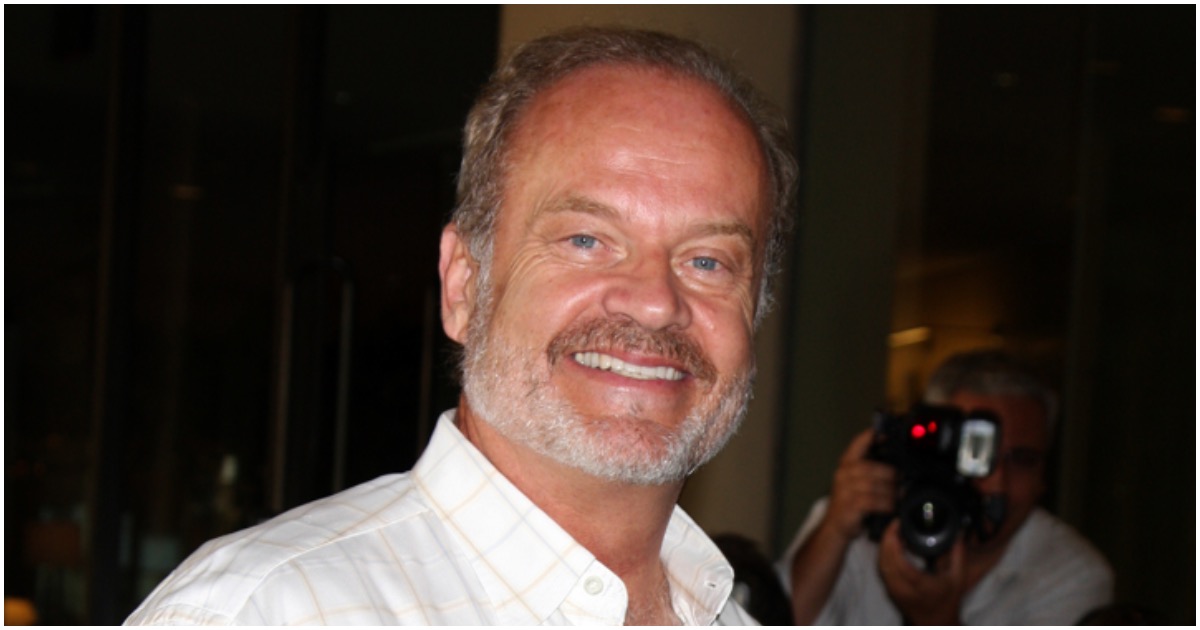 Kelsey Grammer is far from the only conservative star in Hollywood, but he’s one of the few willing to talk about his beliefs.

It couldn’t have been easy working on “Cheers” with so many far-left radicals like Woody Harrelson and Ted Danson all of those years, but Grammer came out unscathed.

Now, the “Frasier” star is taking a stand for President Trump by blasting the past 60 years of “clowns” running the nation.

One of the few Hollywood conservatives, Kelsey Grammer of TV’s “Frasier,” is singing President Trump’s praises for doing more in 60 years than all of the “Washington clowns” that have been his detractors.

According to Newsbusters, Grammer sat down with Christiane Amanpour on the PBS show “Amanpour and Company” on Tuesday night. First, the host asked if his outspoken conservatism has been costly to him in any way in such a left-wing bastion like Hollywood.

AMANPOUR: “Can I ask you, Kelsey, because we were talking obviously about today’s politics and it’s very divisive, very partisan, whether it’s in the United States, whether it’s here. You are one of those rare Hollywood beasts who is conservative, and you voted for Donald Trump. And I just wonder, what, whether you sort of took any hits in Hollywood for that? Did you feel that you were sort of marginalized?”

GRAMMER: “I’m not aware of taking a hit for it but now, certainly passions run high, and certainly he has touched on an extraordinarily passionate response. I don’t know if it’s as serious or horrible as everybody wants it to be.”

As the interview continued, Amanpour pressed Grammer on if he feels President Trump has “disrupted” the social fabric. Grammer said that the disruption is quite a good thing, adding that Washington has done little for people in the past 50 or even 60 years.

John Cusack has starred in a number of solid Hollywood films over the decades.

However, Cusack now seems more concerned about being remembered as just another anti-Trump Hollywood star rather than the teenager who stood outside Diane Court’s house with a boombox over his head.

John is now saying that democracy is dead unless President Trump “rots in prison.”

Actor and left-wing activist John Cusack warned that democracy in the United States will not survive unless President Donald Trump is forced to “rot in prison.”

John Cusack then suggested that democracy in the United States would only survive if Trump serves time in jail, but did not specify for what crime he would be prosecuted.

The only way democracy survives him – is if he rots in prison
Let’s get on with it https://t.co/hcoYUe63c2

Cusack clearly suffers from Trump Derangement Syndrome. There’s no way around it.

A person in their sane mind does not wish a duly-elected president sent to prison unless a notable crime has been committed.

In Trump’s case, obviously, nothing bad has been done. Heck, there isn’t even any proof of Russia collusion – not that that would even be a crime.