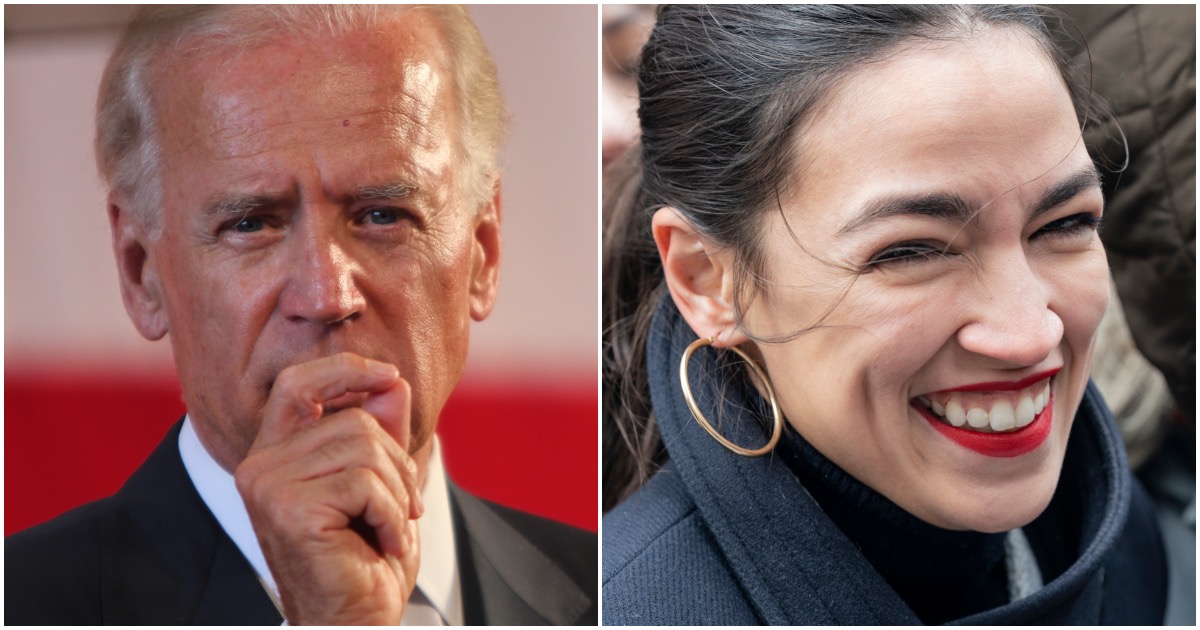 She aims to support an equally radical far-left liberal like herself in the 2020 presidential election.

A day after calling Republicans “sea sponges” for believing she was serious when she said “the world is gonna end in 12 years if we don’t address climate change,” democratic socialist Rep. Alexandria Ocasio-Cortez took clear aim at a key figure on her side of the aisle: Democratic frontrunner Joe Biden, who is reportedly working on plans to provide a “middle ground” approach to address the “existential threat.”

“I’ll be damned if the same politicians who refused to act (in past decades) are going to try to come back today and say we need a ‘middle of the road’ approach to save our lives,” Ocasio-Cortez declared at a rally Monday hosted by the radical left Sunrise Movement, the same group the incoming congresswoman joined in a sit-in protest at the office of presumptive Democratic House leader Nancy Pelosi just days after getting elected last year.

As CNN notes, Ocasio-Cortez’s “middle of the road” comment appears to be “aimed directly at Biden,” about whom fellow democratic socialist Sen. Bernie Sanders had just blasted on the same stage for not being progressive enough. Their complaints appear to be in reference to a recent Reuters report on Biden’s plans to find “middle ground” on climate change.

AOC: “It is a right. We are standing on native land, and Latino people are descendants of native people. We cannot be told and criminalized simply for our identity or our status.“