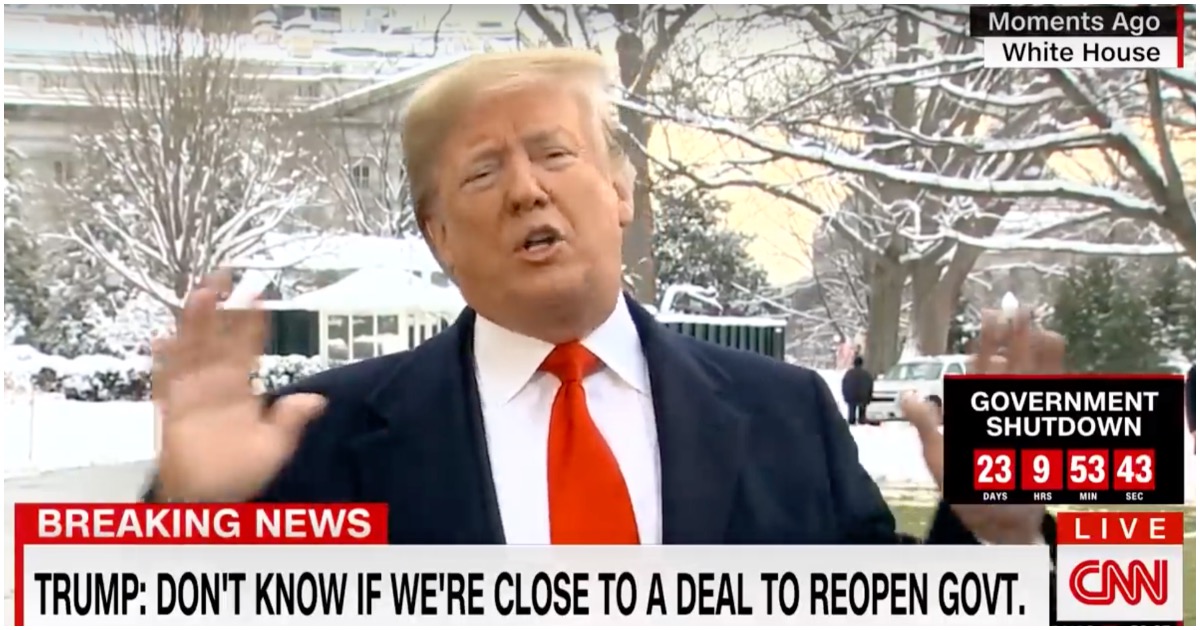 The following article, FLASHBACK: Trump Gives Hilarious Response When Asked About Ocasio-Cortez [Watch], was first published on Flag And Cross.

His response was perfect.

He only needed two words.

Her latest Trump-bashing effort hits the administration for “starving out” Puerto Ricans.

The White House is starving out the island of Puerto Rico by denying the disaster recovery funds it needs.

First went the schools. Now, women are going missing across the island.

If we let this to happen to some Americans, what prevents it from happening to others?To all of us? https://t.co/6jhuOYQhao

Check out how she botches the story of Jesus’ birth in defense of refugees:

Joy to the World!

Merry Christmas everyone – here’s to a holiday filled with happiness, family, and love for all people.

(Including refugee babies in mangers + their parents.)

And it came to pass in those days that a decree went out from Caesar Augustus that all the world should be registered. This census first took place while Quirinius was governing Syria. So all went to be registered, everyone to his own city. Joseph also went up from Galilee, out of the city of Nazareth, into Judea, to the city of David, which is called Bethlehem, because he was of the house and lineage of David, to be registered with Mary, his betrothed wife, who was with child. So it was, that while they were there, the days were completed for her to be delivered.

Joseph went with Mary to Bethlehem to register for the census. They weren’t refugees.