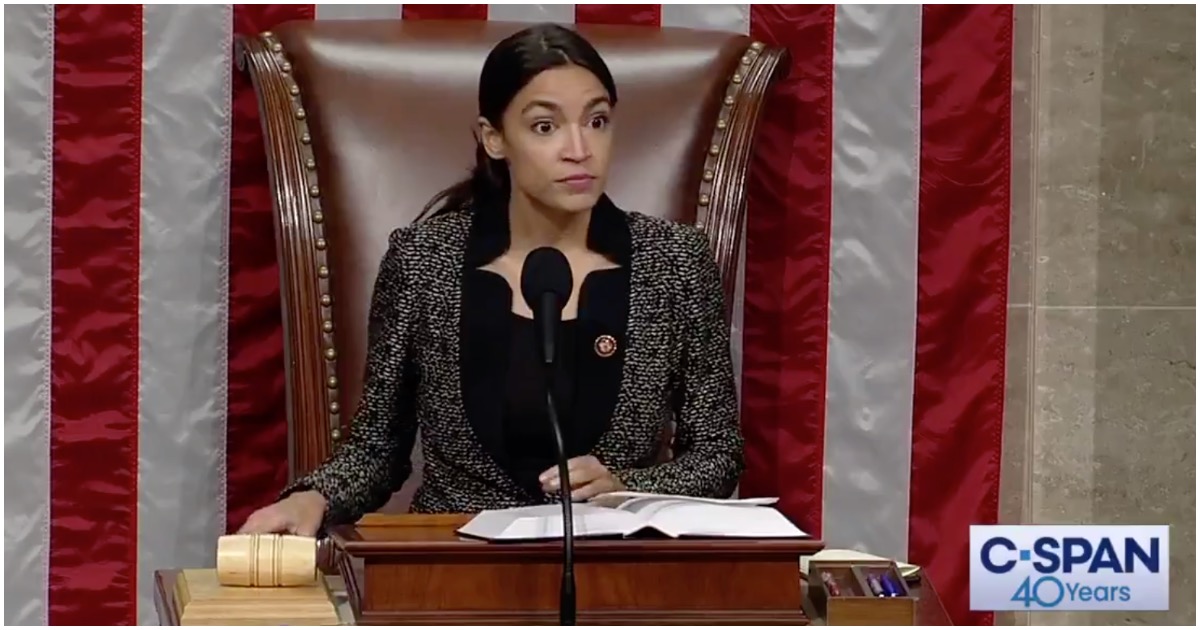 The following article, SCARY SIGHT! Ocasio-Cortez Becomes Youngest to Preside Over House of Representatives (Watch), was first published on Flag And Cross.

To see AOC – with your eyes – holding a gavel while standing behind the podium inside the House of Representatives is the stuff of nightmares.

In another first for rookie congresswoman Alexandria Ocasio-Cortez, the liberal Democrat from New York on Friday became the youngest woman to preside over the U.S. House of Representatives.

Sitting in House Speaker Nancy Pelosi’s chair as part of a routine rotation of House members, Ocasio-Cortez took her turn with the gavel and ran the chamber for about an hour. The duty is shared day-to-day by members of the House majority, currently the Democrats.

In the event, Ocasio-Cortez did not have a great deal to do. She presided over “special orders,” which are generally short speeches by House members at the end of the day’s legislative business, often on issues of concern in their districts.

.@RepAOC @AOC gavels out the House: "The House stands adjourned until noon on Tuesday for Morning Hour Debate." pic.twitter.com/K0XnqcYlrE

There are no more words left to describe Alexandria.

AOC has made it abundantly clear that she doesn’t know much of anything.

Calling her out at this point just feels redundant.

But, once again, for your entertainment, here’s a clip featuring Ocasio-Cortez.

This time, she says President Trump is creating illegal aliens by forcing them to enter America unlawfully.

Boy. How long did Alexandria think this one through?

Speaker of the House Nancy Pelosi (D-CA) broke dozens of hearts around the nation by once again mocking Ocasio-Cortez.

Pelosi did it on “60 Minutes” with host, Lesley Stahl.

It was blatant. And it was obvious.