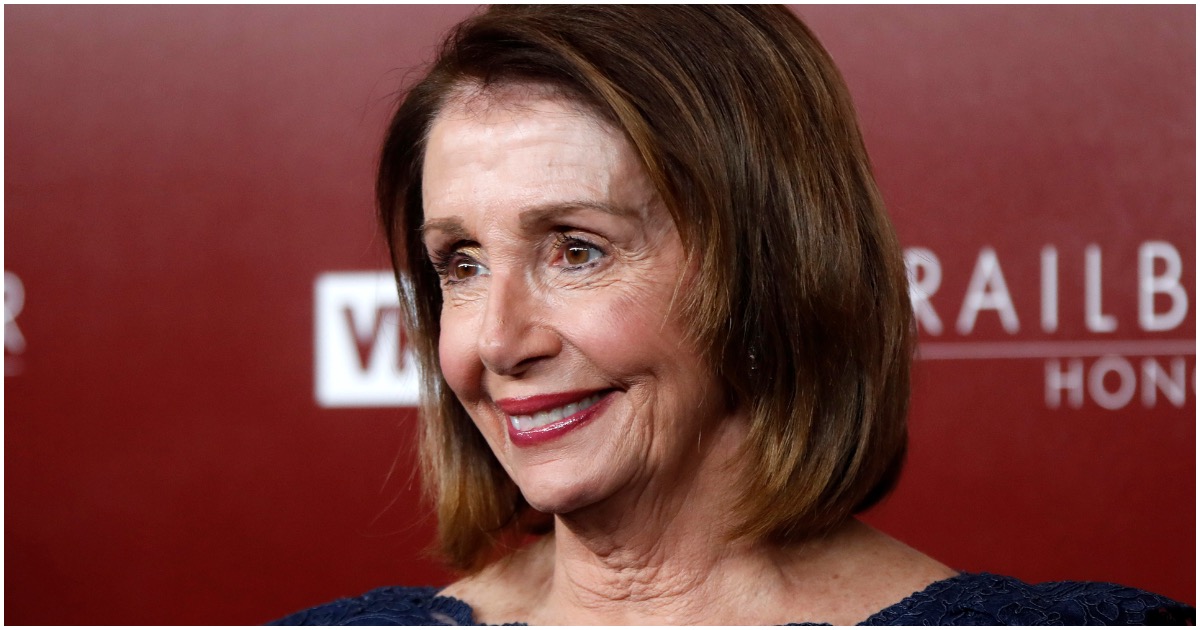 Due to the conservative policies of President Trump, unemployment in America just hit a 50-year low.

Unemployment now stands at 3.6 percent, which is undoubtedly a milestone for the Trump administration – and the United States, as a whole.

Women and black Americans, in particular, are thriving.

And yet, far-left Speaker of the House Nancy Pelosi (D-CA) doesn’t see it that way – continuing to play politics at every turn.

Pelosi argues that the low unemployment rate is “promising,” but it doesn’t do enough.

Here’s her official statement (bold mine)…

“The April jobs report numbers show some promising news, yet these gains hide the true weight of the economic uncertainty felt by millions of hard-working Americans. Unfortunately, the evidence shows that most of the economic gains continue to benefit those already well-off. We must do more to ensure that the economy is benefiting every family in every community, and that all Americans have the opportunity to move ahead in our economy.

“Republicans’ shameful special interest agenda continues to undermine the health and financial security of middle class families across the country. This week, two years after House Republicans celebrated their vote to pass the outrageous Trumpcare bill, we still see the devastating impact of the GOP’s continuing health care sabotage. As the Administration continues its monstrous legal campaign to destroy pre-existing condition protections and every benefit provided by the Affordable Care Act, House Democrats are working on taking decisive action to lower health costs and prescription drug prices and safeguard access to quality, affordable health care for all.

“To strengthen economic growth and fulfill Democrats’ promise to deliver progress For The People, we must advance a bold, historic infrastructure plan. Moving forward with urgency and innovative, thoughtful leadership, we will rebuild America in a green, modern and job-creating way, so we can pave the way for progress for all families, in all communities for generations to come.”

The answer is yes. Nancy and her ilk are too far gone.

Pelosi doesn’t “know anything” about what Trump said but decided to slam 45 as “unworthy of the presidency,” anyway.