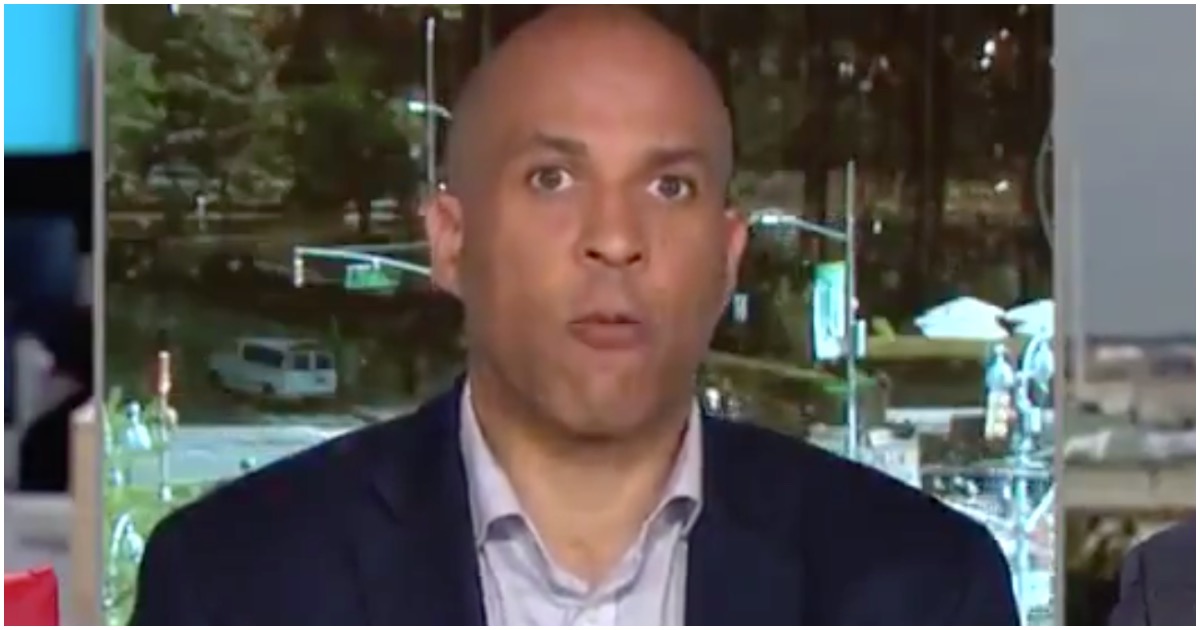 The following article, WATCH: Booker Refuses to Answer If Citizens Should Be ‘Thrown In Jail’ For Not Giving Up Guns, was first published on Flag And Cross.

New Jersey liberal Senator Cory Booker is running for president but he doesn’t want to be president.

If he did, he wouldn’t have just introduced sweeping new gun regulations that would be enforced if he was somehow elected POTUS.

Making matters worse, Booker refused to answer whether or not he’d thrown Americans in jail if they refused to hand over their guns to the federal government.

Cory’s campaign is effectively through.

Sen. Cory Booker (D-NJ) seems to be struggling to get much traction for his 2020 presidential bid. According to prediction market website PredictIt.org, Booker is currently the eighth most likely Democrat to win the presidential nomination. And in one recent Democratic presidential primary poll that shows former Vice President Joe Biden with a massive 32% lead over socialist Sen. Bernie Sanders (I-VT), Booker barely registers with merely 3% support.

In other words, Booker needs a spark — perhaps a spark to energize the increasingly hard-left Democratic Party activist base. In a CNN appearance on Monday, Booker may have tried to generate that spark by offering a (tyrannical and anti-constitutional) paean to the vehemently anti-Second Amendment partisans of the Democratic Party base.

The Dem nomination will most likely go to Bernie or former Vice President Joe Biden. It’s really that simple.

Continue reading: WATCH: Booker Refuses to Answer If Citizens Should Be ‘Thrown In Jail’ For Not Giving Up Guns ...

A question needs to be answered!

Is this before or after they fire upon those destroying the second amendment and becoming illegal morons by wanting all guns taken away with action?

If yes: Bullets first….guns after I am dead1