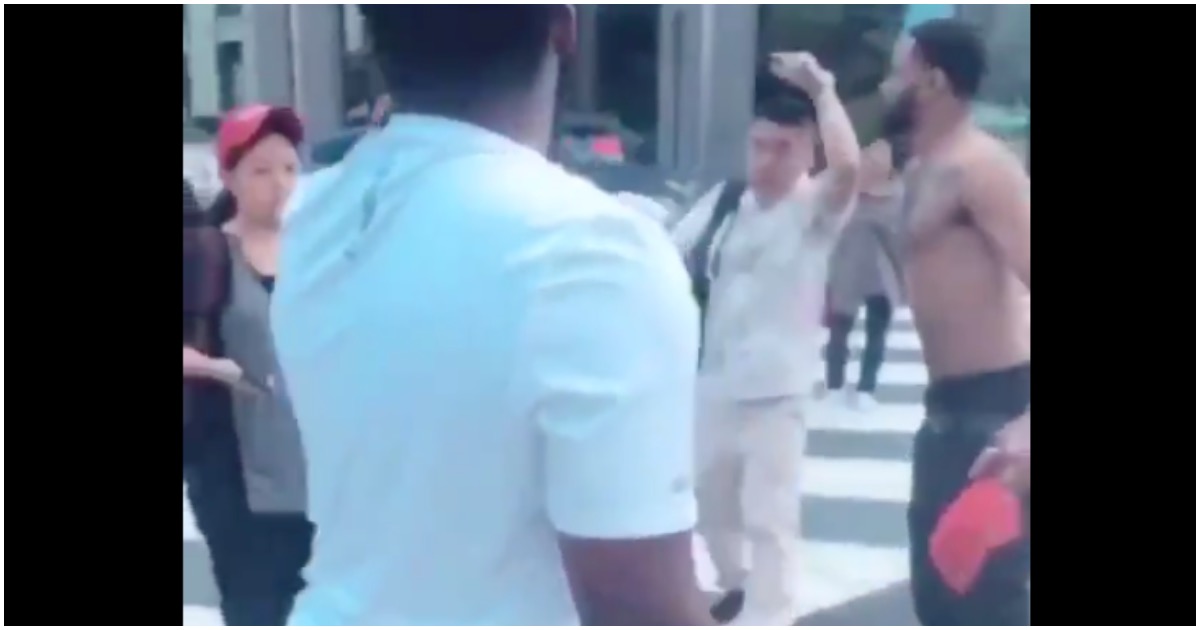 Walking across the street minding your own business.

Suddenly, you’re surrounded and confronted by angry, unruly men because of your infamous red MAGA hat.

This is America in 2019, thanks to Congressional Democrats, Hollywood elitists, and the severely politically uninformed around the nation.

What’s worse is the Asians who were harassed by a couple of black men are North Korean defectors.

The video shows a group of black men surrounding the Asians, grabbing the MAGA hats off their heads, and throwing one of them in the air before stomping on it.

The original tweet, which highlighted the ugly attack on defenseless tourists, was retweeted 3.8 thousand times and liked 7.9 thousand times. Disgracefully, thousands of shameless and un-self-aware Twitter users in Bigalow Black’s timeline cheered on the attack.

The lady in this video wearing a MAGA hat says “we're from North Korea." Sad to see the disrespect these North Korean defectors were greeted by.

Although, the left will never see it.

So ridiculous, isn’t it?

I will NEVER back down!
Attacked for wearing this beautiful hat today, just another day in the life of #PalomaForTrump

The people who remove the hats from the heads of the owners are complete losers! People need to learn to work together and unit towards a common cause (Not socialist either). Pathetic…someone tries to do this to me…they will need a mortician or ambulance…I do not accept assault!