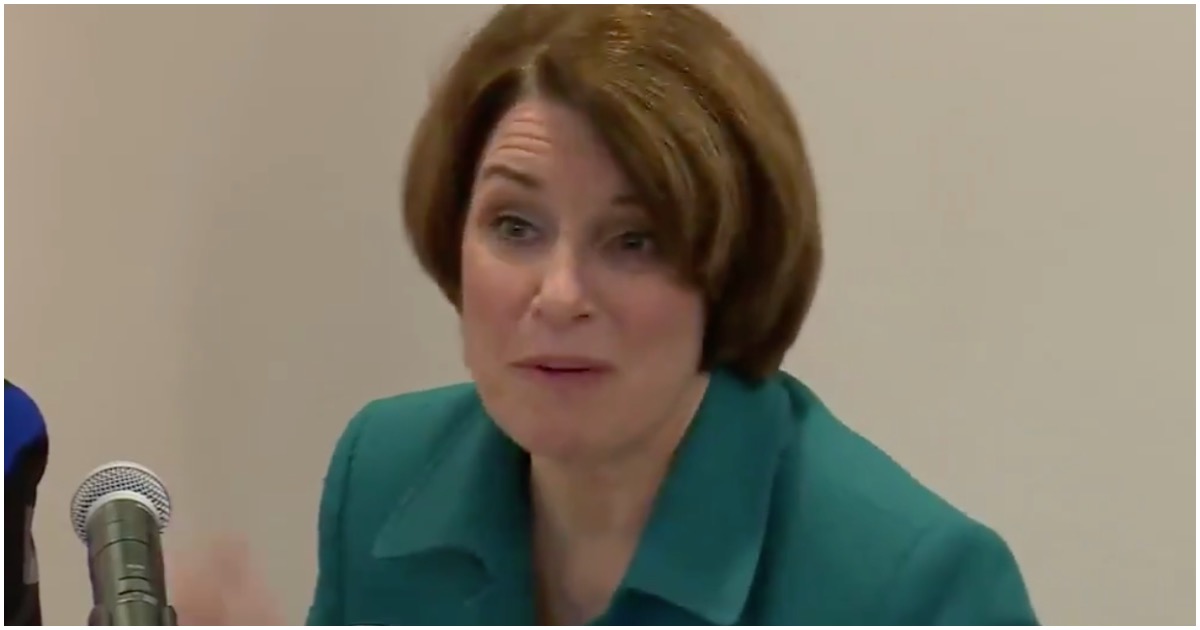 Minnesota Senator Amy Klobuchar figures to be one of the first Democrat presidential candidates to drop from the race.

On Sunday afternoon, Amy dropped a truth bomb about the Mueller report that her fellow Dems probably did not appreciate.

Sen. Amy Klobuchar speaks in Des Moines, Iowa: "I have gotten more questions about addiction and mental illness than I have about the Mueller report. True story." pic.twitter.com/U2FYUNhCb5

The American people are done with Robert Mueller, Russia, and Democrat nonsense.

They want to talk about uissues that actually matter, not made-up fairytales as to why Hillary Clintton lost in 2016.

Run on that, Amy.

See how it works out for you.

“Face the Nation” host Margret Brennan asked Klobuchar if Democrats should now move to push Medicare for all.

“You heard some disagreement among Republicans how to do that, also disagreement within the Democratic Party on how to handle health care. Former Attorney General Eric Holder says it’s time now to move to some version of Medicare for all and end this nonsense,” Brennan said. “Do you agree with him?”

Klobuchar: “We need universal health care. There are many ways to get there. That is one of them. The other is to at least expand Medicare to age 55. There’s a number of bills that I’m part of, including allowing expansion of Medicaid, which I think is something we’re not talking enough about, that [Democratic] Senator Schatz from Hawaii is leading.”

“The ruling was absurd. Justice Roberts, in conservative Court, has already ruled that the Affordable Care Act is constitutional, unlike what Mr. Miller said. And in fact, you can have part of it not exist and you can still have the rest of it protect Americans. And that is exactly where this is headed.”

You know how the Mueller report completely vindicated President Trump’s 2016 campaign of all collusion with Russia?

According to him, the Mueller report that clears Trump actually proves Trump colluded with the Kremlin.

So, figure that one out.

On Saturday, Trump highlighted the fact that he was vindicated:

A more accurate summation: much collusion with Russia yet insufficient evidence to establish criminal conspiracy; extensive evidence of your efforts to obstruct justice, with Congress determining ultimate accountability; many criminal investigations on related activities ongoing.

A more accurate summation: much collusion with Russia yet insufficient evidence to establish criminal conspiracy; extensive evidence of your efforts to obstruct justice, with Congress determining ultimate accountability; many criminal investigations on related activities ongoing. https://t.co/6Vn8HHozbW