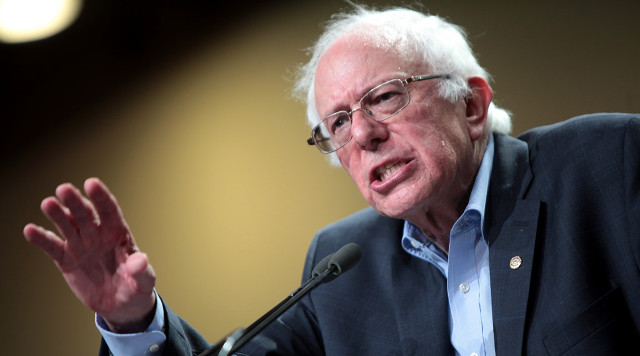 The following article, Bernie Throws Support Behind ‘Contempt’ Charge for AG Barr, was first published on Flag And Cross.

Even after President Trump has done his best to convey the finality of the Mueller report’s aftermath, democrats have yet to give up the ghost.

Much of the drama this week surrounding Attorney General Bill Barr and his treatment of the Mueller report.

According to Barr and the Deportment of Justice, the report has been processed and disseminated, with the nation’s top cops deciding that they won’t be filing any further charges in the matter.

Congress, who has worked hard to remind the nation that they are a co-equal branch of government this week, aren’t taking Barr at his word, and were particularly irked by the Attorney General’s refusal to attend a second day of public testimony on Thursday.

The left’s latest attempts to throw a wrench in the Trump administration could be coming Monday, as democratic leaders are considering holding Barr in contempt.

This is something that 2020 candidate Bernie Sanders sees no problem with.

Sen. Bernie Sanders (I-Vt.), a 2020 Democratic presidential candidate, said at a campaign stop in Iowa on Saturday that he would vote to hold Attorney General William Barr in contempt if he were in the House.

“We had an attorney general of the United States who refused to come to a hearing that the House Judiciary Committee called,” Sanders said at a town hall in Perry, Iowa.

This isn’t the wildest idea that Bernie Sanders has espoused in recent days, however.

The independent senator from Vermont recently voiced his support for allowing incarcerated felons to vote – a move that would allow violent and unrepentant criminals to help decide our elections.

Ole communist bernie, if Mr A G.Barr is on the wrong side of you, then he is doing an excellent job for the USA. Keep going Mr Barr, love your work sir.

Yeah, of course. If he didn’t say what you liberals/communists want America to hear you always want to impeach, fire, or you demand his resignation. Nothing new here. The dems even turned against mueller, their very own “investigator” when he and his band of democrats couldn’t come up with the agenda they wanted.