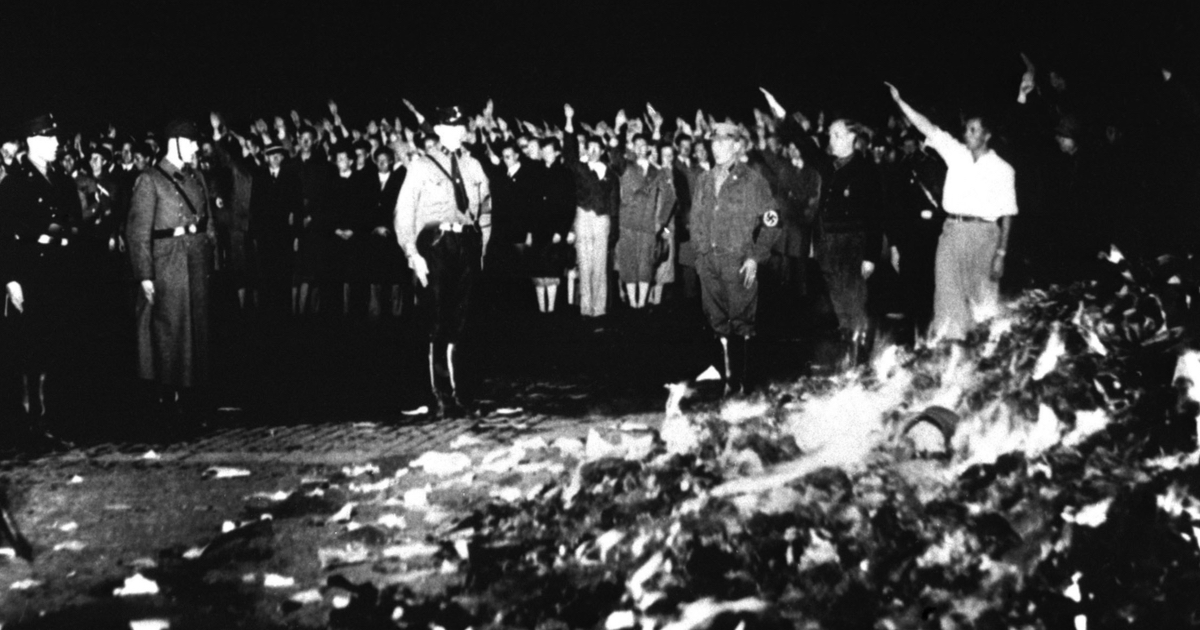 The following article, POTUS Pushes for Free Speech Protections After Online Culling of Conservative Views, was first published on Flag And Cross.

It has been plain and obvious that some of the largest traffickers of data on the internet are no fans of conservative viewpoints.

Often, these companies are driven by young people, and very bright and revolutionary young people at that.  They’re young enough to have escaped some of the darker biases of the past, but they are perhaps too young to have the direct link to the knowledge necessary to prevent such atrocities from occurring again.

What these kids were taught in school about World War II was likely much different than what my generation was taught.  I vividly remember being made to memorize a timeline of events leading up to the conflict, as if to tell us “if, God forbid, you see these patterns again later in life, you need to remember what they led to”.

Censorship of opposing political viewpoints was part and parcel to the Nazi rise to power in the late 1930’s, and some of today’s tech giants are heading down that path once again.

President Trump took to Twitter on Friday evening and slammed social media censorship in reaction to Facebook’s recent crackdown of conspiracy theorists, a prominent anti-Semite, and other far-right figures, saying that he’s “monitoring and watching closely.”

“We’ve always banned individuals or organizations that promote or engage in violence and hate, regardless of ideology. The process for evaluating potential violators is extensive and it is what led us to our decision to remove these accounts today,” Facebook said in a statement to Fox News.

The President was none too fond of the move.

I am continuing to monitor the censorship of AMERICAN CITIZENS on social media platforms. This is the United States of America — and we have what’s known as FREEDOM OF SPEECH! We are monitoring and watching, closely!!

The President is right, and here’s why:

You, dear reader, likely have a fondness for a certain kind of music.  Let’s say it’s Classic Rock.  You run the gamut from Skynyrd to Zeppelin to Bad Company all in the span of an hour, without so much as missing a beat.

But, as a rock and roll sort of person, you’ve never been all that into Classical music.  Does that make you want to go out and destroy all the classical records and ban people from playing the Harpsichord?

No, it doesn’t, because we understand that other people like other things….and that’s okay.  Diversity of thought is one of the most critically important characteristics of our country, and we should be defending our opponents’ right to say what they believe, even if we don’t agree with it.

Freedom of speech IS freedom of thought. Thought crimes are not crimes. No thought or speech in America should be banned. This is America! Ban the ban. Someone could say “go buy drugs and kill your mamma.” No one is forced to agree with that moron here in America (unless the govt is forcing it at the point of a gun). The listening moron who goes and buys the drugs and kills his mamma commits the criminal act. Many people think about committing crimes these days without doing anything violent. Facebook does not ban criminal thought against conservatives on it”s… Read more »

Culling means the thinning out of animals. Are they referring to Trump Supporters as “animals”??? I hope not-!!!

So Trump will continue to ‘monitor’ the censorship…..?! I want to know what he intends to do!!!! Enough of just tweeting……DO SOMETHING TRUMP!!!