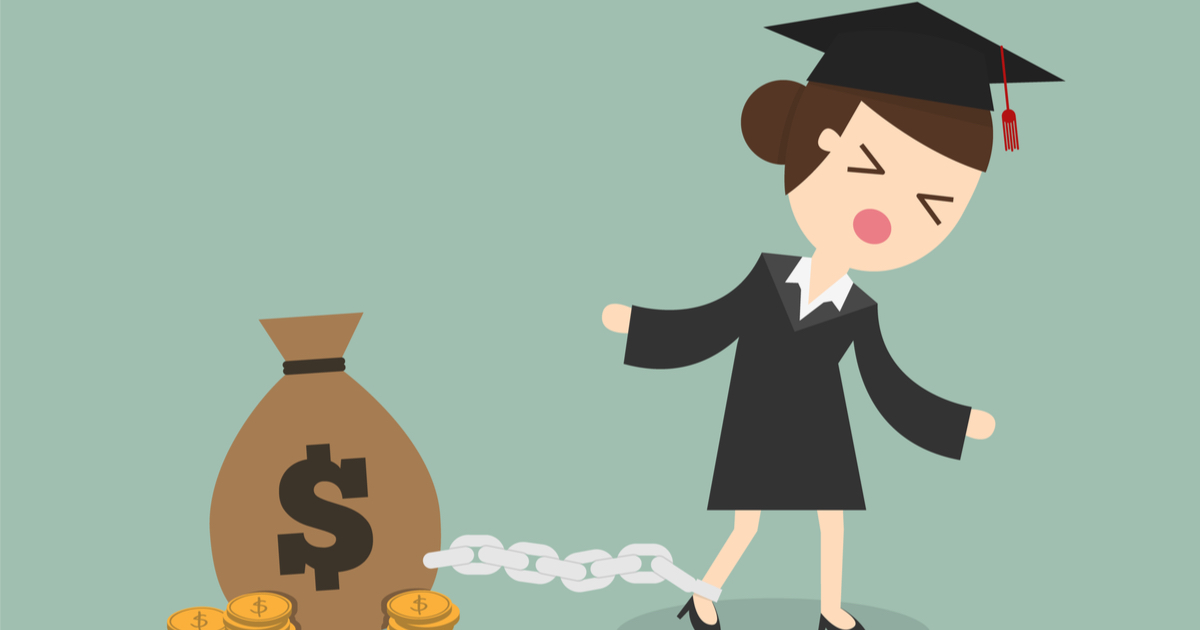 The following article, Trump Administration Looks to Revamp Student Loan Rules in Favor of Indebted Students, was first published on Flag And Cross.

As we swiftly approach the 2020 presidential election, there are a number of hot topics that seem poised to dominate the polito-sphere – student loan debt being one of them.

Don’t get me wrong:  Education is one of the most important aspects of our society, and, in many ways, is the gift that we can keep on giving to ourselves for years to come.  Well-education Americans will grow up to make well-educated decisions about our future, and a hearty investment in academia will certainly provide us with solutions to America’s problems as these young men and women mature.

The only real problem that we face today is the burden of the cost of a higher education.

Many on the left are pushing for radical, sweeping changes to system, including several 2020 candidates who have proposed government subsidies to offset these costs.  For many, thrusting the clunky and ineffective federal government further into the process seems like a step backward.

That’s why Donald Trump and his administration are tackling the issue from a more privatized angle.

The Education Department has hired the consulting firm McKinsey & Co. to study how much money could be lost if low repayment rates persist, an agency spokeswoman said. Meantime, President Trump’s top economic advisers in the White House are studying ways to improve the program’s finances, senior administration officials said.

One option under early consideration is to sell at least a portion of the portfolio, a plan that has been discussed previously by Republican policymakers but faces many obstacles, including whether the government could find interested investors at the right price.

Under such a plan, the government would maintain its role as the nation’s primary lender to college and graduate students, but the government would raise money up front, instead of waiting years for borrowers to make payments and take the debt off its books. Investors would then assume the long-term risk of the loans.

The administration has also considered pressuring the schools themselves into working with indebted students.

“If the review shows that the student-loan portfolio brings in less money than previously understood, the administration could gain more support for initiatives to pressure schools to rein in tuition increases. For example, the White House has suggested developing a system to put colleges on the hook to help pay off their graduates’ outstanding debt.”

Will this be enough of an incentive to move education higher up the nation’s list of priorities?

We can only hope so, for the sake of America’s potential geniuses.

What about those people who have already paid back their loans? Take care of the scraps but throw away the main meal!