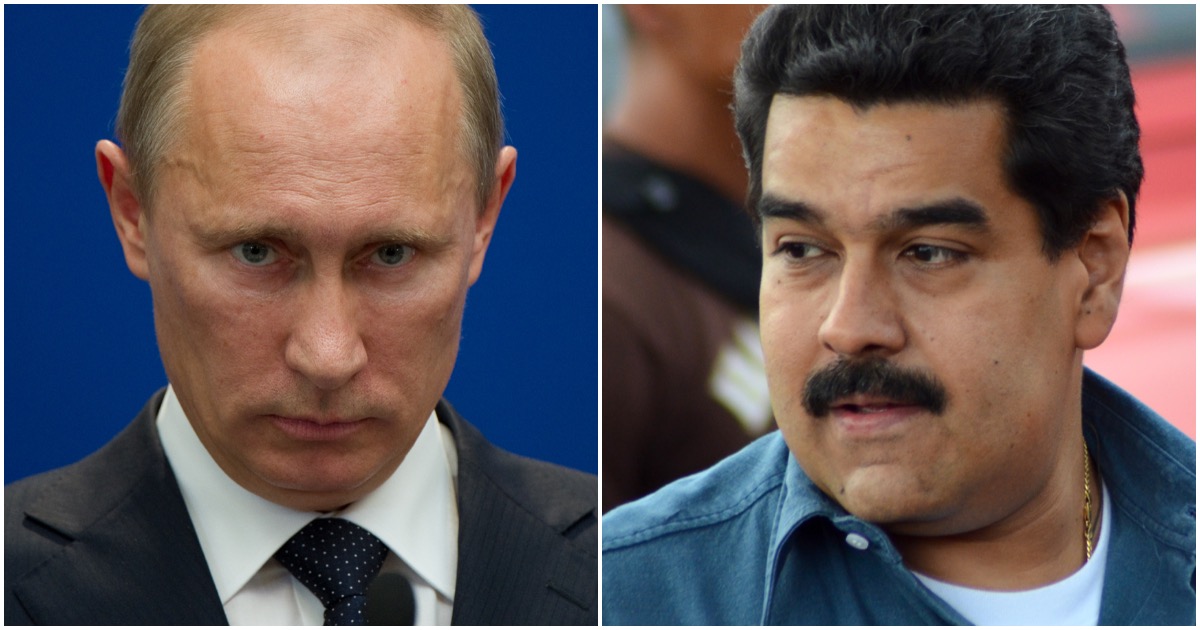 The following article, Pompeo Drops Venezuela Bombshell: Maduro Was ‘Ready’ to Leave Until Putin Stepped In, was first published on Flag And Cross.

It appears the tyrant was on his way out, “ready” to let new leader Juan Guaido take over.

Guaido was recently recognized by America as the true leader of the socialist nation.

But then, all of a sudden…

Venezuelan President Nicolas Maduro was prepared to leave the country on Tuesday morning in the face of a call for an uprising by opposition leader Juan Guaido, but reversed his plan after Russia intervened, U.S. Secretary of State Mike Pompeo said in a U.S. television interview on Tuesday.

Pompeo noted, “They had an airplane on the tarmac. He was ready to leave this morning, as we understand it. Russians indicated he should stay.”

The SecState said Maduro was heading for Havana.

But why? Stay tuned…

Vice President Mike Pence was polite but firm with the Venezuelan ambassador during a recent speech at the United Nations.

Pence told the ambassador to go home and let President Nicolas Maduro know that his time will soon be up, while the ambassador shook his head and murmured like a child.

It was a total boss move by Pence.

On Wednesday, speaking at a Special Session of the United Nations Security Council on the Crisis in Venezuela, Vice President Mike Pence issued a scathing condemnation of the Maduro regime in Venezuela and one of the most stunningly blunt statements in the history of the U.N., looking directly at the ambassador from the Maduro regime and telling him, “With all due respect, Mr. Ambassador, you shouldn’t be here. You should return to Venezuela and tell Nicolás Maduro that his time is up.”

Speaking of Venezuela, freshman Democrat Rep. Ilhan Omar (MN) seems to be upsetting more and more people by the day.

Of course, the main reason deals with her anti-Semitism which is absolutely blatant at this point.

First, check out the fiery exchange Omar had with Elliot Abrams, the Trump administration’s special envoy to Venezuela, who was fed up with the Congresswoman’s “ridiculous” questions…

The Trump administration’s new special envoy for Venezuela, Elliott Abrams, clashed Wednesday with freshman Rep. Ilhan Omar, D-Minn., during a House hearing on the Caracas crisis after the congresswoman tried to turn focus to Abrams’ history in Latin America while asking him point-blank whether he’d support “genocide” if it served American interests.

Abrams fired back, calling the line of questioning “ridiculous” and refusing to respond to the personal “attack.”