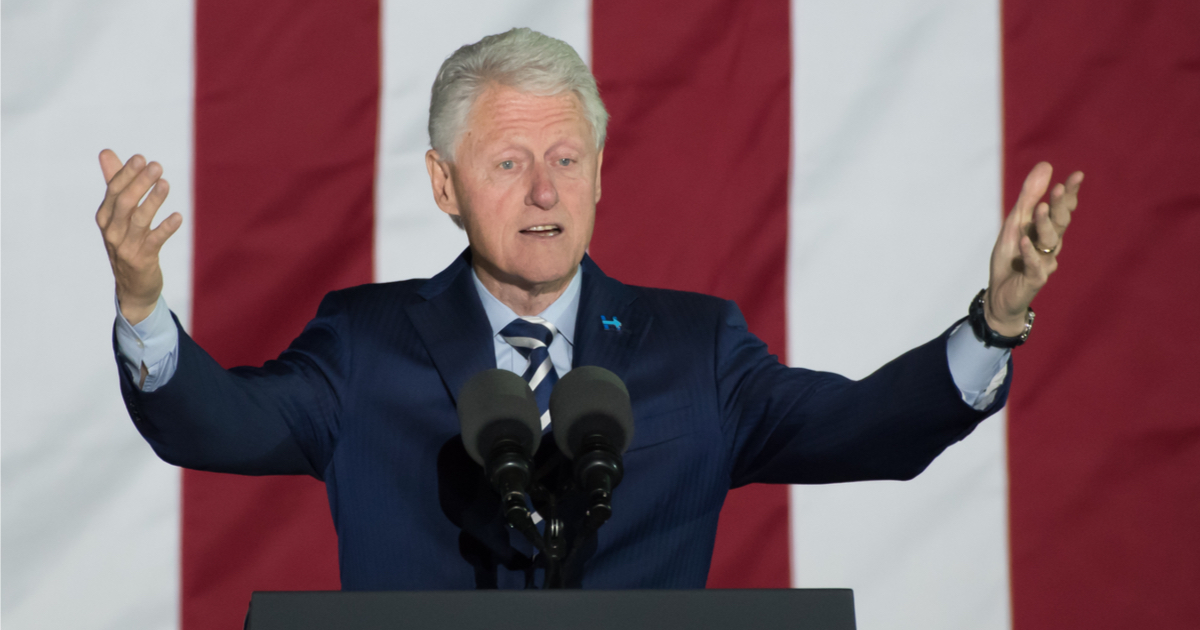 The following article, Bill Clinton, On Precipice of Election and Possible Impeachment Hearings, Launches Podcast, was first published on Flag And Cross.

It looks as thought the democrats are bringing out all of the big guns in an effort to sway the 2020 election…including past Presidents who’ve had their own experience with impeachment.

This latest, deft marketing maneuver by the doomed democrats is a doozy, and should be regarded as nothing more than an election-year stunt by the general public.

Bill Clinton may be getting ready to take his words of wisdom to the airwaves with a new podcast, and it’s possible he’s going to spill all the tea from his time at 1600 Pennsylvania Ave.

According to documents obtained by The Blast, a trademark application was just filed by the Bill, Hillary & Chelsea Clinton Foundation in Arkansas for a podcast titled, “Why Am I Telling You This?”

The filing states the title will be used for, “Downloadable podcasts in the field of creating global economic opportunity, improving public health, inspiring civic engagement and service and the presidency of William J. Clinton.”

Clinton, who was impeached but not removed from office during his presidency, is popping back up on the radar at a very convenient time for the democrats who have been struggling internally as to whether or not to impeach current President Donald Trump over findings from within the Mueller report.

What this reintroduction of Bill Clinton to the public eye will inevitably do is thrust his impeachment back into the spotlight…something that may seem foolish for the democrats, but certainly isn’t.

What the left will gain from this podcast is a nation forced to compare apples to oranges in the case of Clinton’s impeachment and the potential for the impeachment of Trump.  The left wants this, as Clinton’s crimes are far more mundane than the wild conspiracy theory being floated by the democrats that Donald Trump is nothing more than a Kremlin stooge.

With the 2020 election on the horizon, this will frame the democrats as both flawed, but also not that flawed, at least in their own eyes.

What the left is essentially saying is:  These two impeachments are not alike.  Heck, they’re right:  Clinton broke the law and that was proven….Trump hasn’t.

Politics is a game of perception, folks, and this is nothing more than a hazy mirage meant to distract us from the grueling trek ahead.