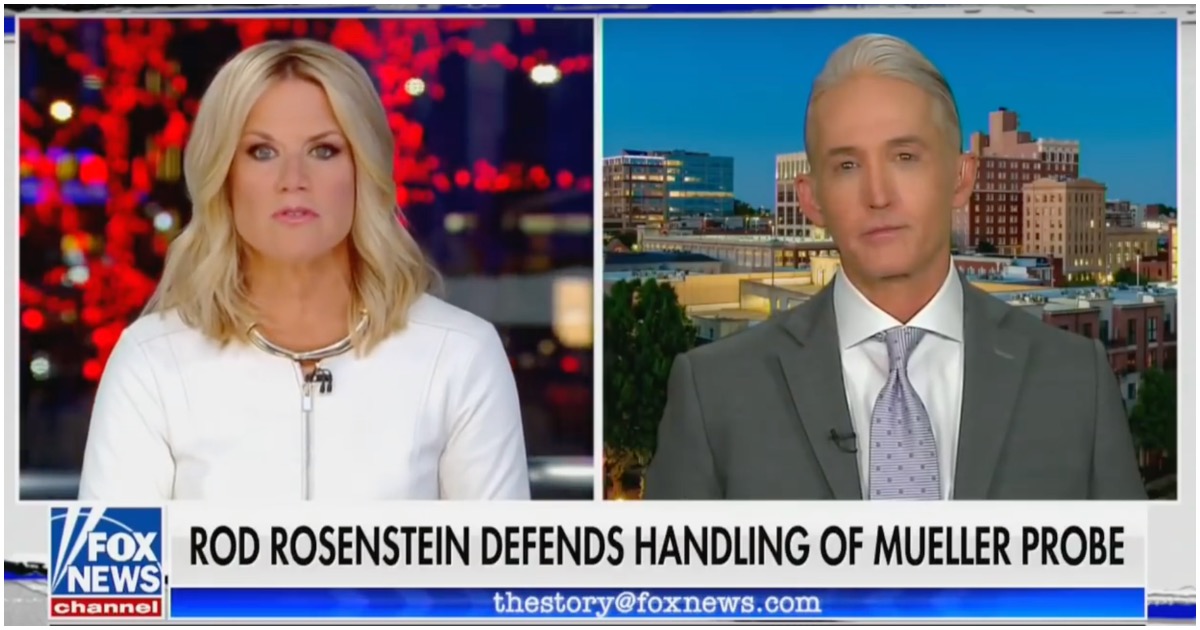 The following article, WATCH: Trey Gowdy Warns of 2020 Dem Who Should ‘Scare the Ever Living Hell Out of You’, was first published on Flag And Cross.

It’s weird to think that Trey Gowdy is no longer a Congressman, isn’t it?

The former South Carolina representative recently appeared on Fox News with Martha MacCallum to let every American know which 2020 Democrat should “scare the ever living hell out of you.”

Well, which one in particular.

He noted, “President Eric Swalwell, that ought to scare the ever-living Hell out of you, Martha.”

Democrat Congressman Eric Swalwell of California is a typical progressive. He’s as liberal as they come.

In fact, Eric wants guns confiscated by any means. He even suggested nuking Americans who fight back.

That’s not going to go over well, given that whole Second Amendment thing.

Swalwell must figure he’ll get a large book deal out of this whole thing, because he has to be smart enough to realize he doesn’t stand a chance against Joe Biden or Bernie Sanders – let alone President Trump.

What a complete joke.

Continue reading: WATCH: Trey Gowdy Warns of 2020 Dem Who Should ‘Scare the Ever Living Hell Out of You’ ...