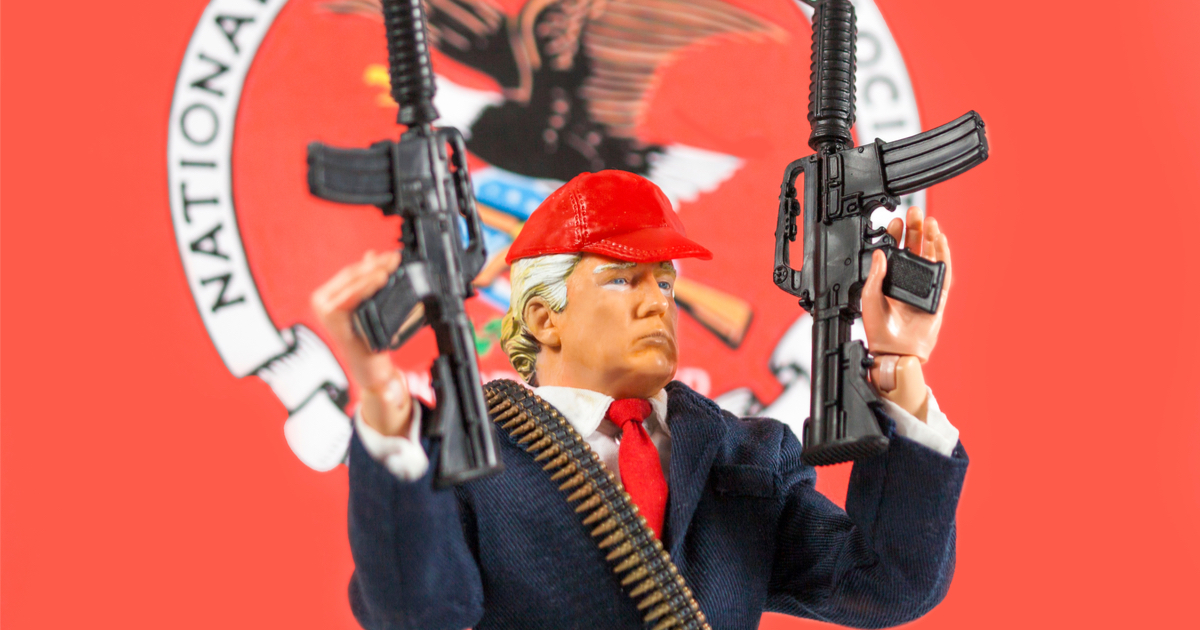 The following article, Trump Moves to Bolster NRA with UN Arms Treaty Maneuver, was first published on Flag And Cross.

This week, as President Trump addressed the National Rifle Association, his broader strategy was certainly on display.

Trump, for all of the chaos of his presidency, has been an ardent supporter of the National Rifle Association, and for good reason:  The Second Amendment is the only insurance the We The People have against tyranny.  Sure, it’s also a great place to garner votes, but don’t let the political weight of organization overshadow its purpose.

Now, in an unlikely place, The United Nations, President Trump has found a way to help secure our right to bear arms.

The treaty, known as the ATT, has been in effect since late 2014. The U.S. signed on to the agreement in 2013 but has not ratified the treaty.

The U.S. withdrawal had been expected. Trump made it official at the National Rifle Association’s annual convention in Indianapolis, pulling out a pen onstage and signing a paper that he said would take back the Obama administration’s signature on behalf of the U.S.

And why does this international move help with domestic gun rights?

The ATT has long been a target of the NRA, which claimed it would harm U.S. gun owners. Trump echoed that criticism on Friday, calling the ATT a threat to Second Amendment rights. “We will never surrender America’s sovereignty to an unelected, unaccountable, global bureaucracy,” Trump was quoted as saying, in a White House statement announcing the change.

In grand Trump fashion, he singed the executive order from the podium at an NRA event, even throwing his singing pen to the crowd afterward.