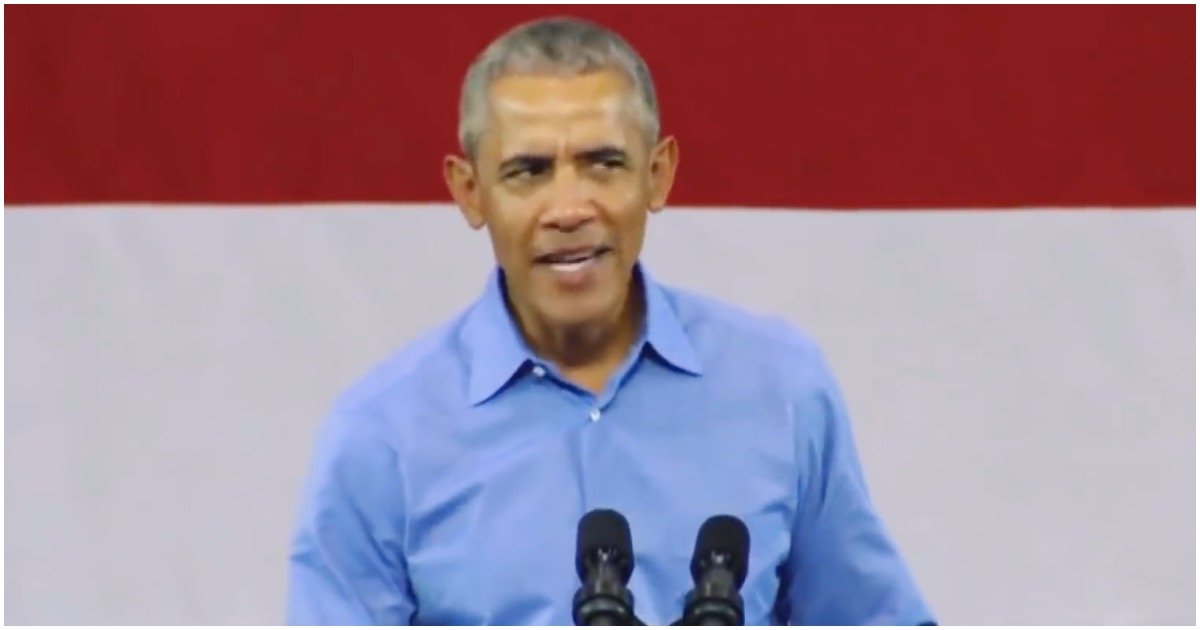 Barack Obama was always credited as a good orator.

He always appeared calm and cool under pressure, even when appearing to lie through his teeth – as is the case with most politicians at any given time.

However, a body language expert has analyzed Obama.

The results are stunning.

In short, Obama is coming off as desperate.

“This is not the same Obama I’m seeing. His head goes down a lot more in that downward position. It’s like a defeatist position. He’s no longer that confident, head held high, arrogant mentality… This is desperation.”

Obama lied to the American people about the strength of radical Islam while burying 470,000 documents related to the raid on Osama bin Laden’s compound.

In a detailed exposé in The Weekly Standard, journalist and author Stephen F. Hayes showed that Obama buried a staggering number of documents from Osama bin Laden’s compound, and essentially lied to the American people about the real status of Al Qaeda in order to win votes.

A key piece of Obama’s re-election was the elimination of bin Laden and the claim that the administration had Al Qaeda on the run. Afghanistan was won, the incumbent president boasted, and Islamic terrorism was waning. The path forward was to lift sanctions on Iran and move forward.

There was one big problem: The administration knew it wasn’t true, but repeated it anyway.

Former President Obama: “I complained plenty about Fox News, but you never heard me threaten to shut them down, or call them ‘enemies of the people.’” pic.twitter.com/8zvwngP9L2

As you can imagine, this didn’t sit well with 45.

“We had, We had in Houston the biggest thing you’ve ever seen and they were saying Donald Trump spoke today in front a few thousand people, few thousand! We had over 100,000 people that wanted to come, we had 22,000 people in the arena. We had thousands and thousands of people outside of the arena.”

“I heard him talking about telling the truth. And yet 28 times he said you can keep your doctor.”

While in Milwaukee, Obama spoke at a high school gymnasium.

As you can see, the place is merely half-full.

A reporter claimed the line to see Obama was a mile long:

People lined up for more than a mile in Milwaukee for Obama rally pic.twitter.com/qrXWlI1pnL