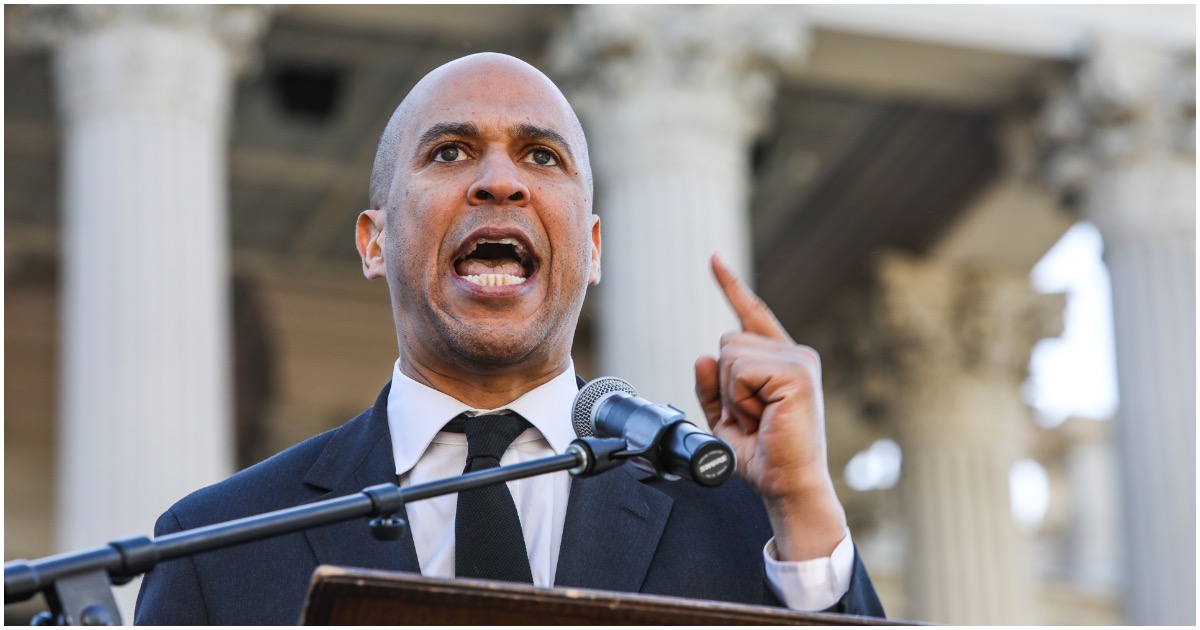 To say Rep. Ilhan Omar is anti-Semitic is like saying the sky is blue.

Some people may deny it but they are doing so just to be stubborn. After all, facts don’t lie.

Ilhan has proven to the country time and again that she is no fan of the Jewish people.

2020 Democrat presidential candidate (for whatever reason) Cory Booker is now criticizing people who call out Omar for being anti-Semitic.

Because this is the American we now live in.

AUDIENCE MEMBER: “My question is about Ilhan Omar. She was recently critical of the outside influence of AIPAC in determining U.S. foreign policy, including funding of Israel. Subsequently, she has received condemnation from the President and members of her own party, as well as death threats. What will you do as president to protect the right of courageous women of color to criticize U.S. policy even when directed at allies?”

BOOKER: “Thank you for your question. The criticisms of Congresswoman Omar, what Donald Trump has been saying about her is reprehensible, it is trafficking in Islamophobia, and it should be condemned by everyone. This kind of selective condemnation should be a chorus of people condemning it.”

How does Cory sleep at night? He is unquestionably lying through his teeth and he knows it.

Did you notice how Booker calls Omar “Congresswoman” but won’t call Trump “President?”

Ocasio-Cortez’s defense of Omar came after Omar’s latest anti-Semitic incident over the weekend when Omar “displayed her blatant anti-Semitism by tweeting that GOP support for Israel was ‘all about the Benjamins,’ and followed by accusing AIPAC of paying American politicians to support Israel,” The Daily Wire reported.

Ocasio-Cortez, who has a long history of walking lockstep with anti-Semites, waited a couple of days to weigh in on Omar’s anti-Semitic comments, which drew widespread condemnation from both sides of the aisle.

Ocasio-Cortez responded by falsely suggesting that President Donald Trump was the one who has a problem with anti-Semitism.

I’m also inspired by Jewish leadership who brought her in, not push her out, to heal.

I’m also inspired by Jewish leadership who brought her in, not push her out, to heal. https://t.co/ONRegDJK2S

in politics & equally proud of her sensitivity to communities. Both are possible.

I’m proud @IlhanMN raised the issue of lobbyist 💰 in politics & equally proud of her sensitivity to communities. Both are possible.https://t.co/Jq2Y1txFCS

If not immediately obvious, here’s the problem with her tweet: