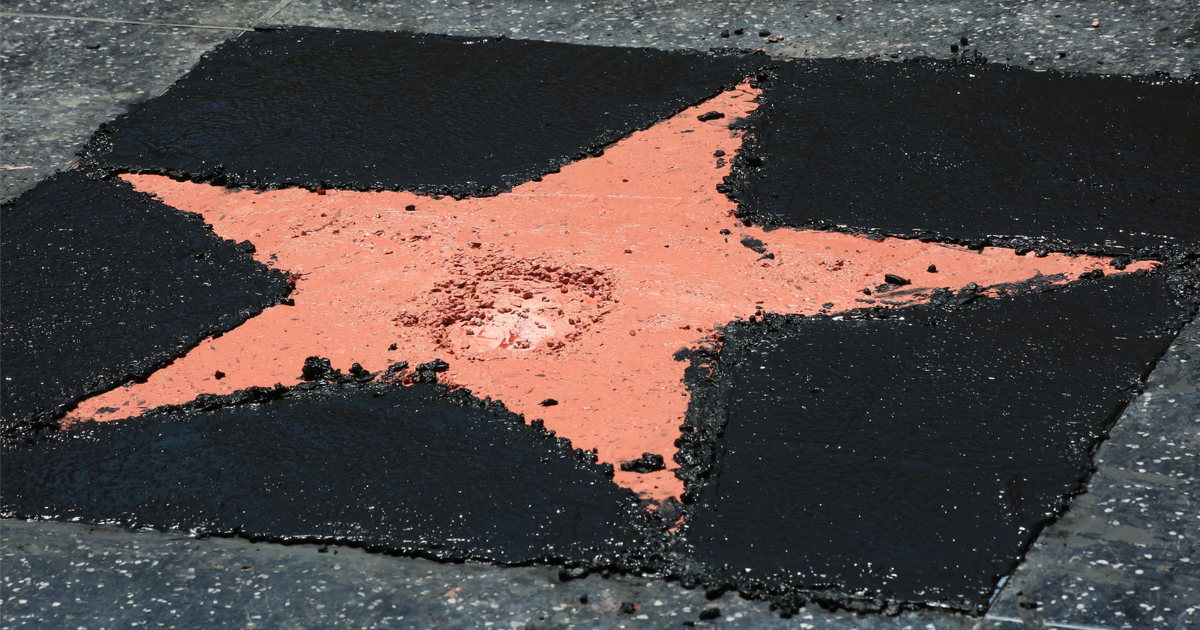 The “resistance” to President Trump is nothing more than a symptom of a sick society, and none of us are completely innocent.

We’ve fallen victim to the mainstream media’s “infotainment” whims for so long that we no longer resemble the nation were were built to be.  Instead of free thinkers, focusing on liberty and pursuit of happiness, we’ve shuffled ourselves into tiny little boxes marked “red” and “blue”, or “democrat” and “republican”.

And I get it, it’s exhilarating to argue on the internet with one another and gain those bits of validation from our peers, but we are producing a much larger problem than the hurt feelings on Facebook.  We are falling victim to the sensationalism of the mainstream publishers because, now, thanks to social media, we are all publishers.

We must warn you, the language ahead is profane.

President Trump‘s Walk of Fame star got a fresh coat of paint, but he ain’t gonna be thrilled about it … because it was spray paint and it spelled out … “Putin’s Bitch.”

Trump’s star was attacked again early Wednesday morning, and TMZ has the footage of the vandals in the act. Around 3:40 AM … one guy — who appears to have blonde hair — sprayed a coat of black paint over the star. Then, in white paint, he added his coup de grace.

There was another man with the vandal … shooting photos and/or video.

The graffiti is alluding to a widely held conspiracy theory among opponents of the President that the Oval Office has somehow been compromised by The Kremlin – an idea that Robert Mueller sharply rejected after 22 months of investigation.

Aw, the sickies of Hollywood. Seems there is no end to the crimes and corruption of those liberals in America. But it is entertaining to watch and listen as they continue in their meltdown.