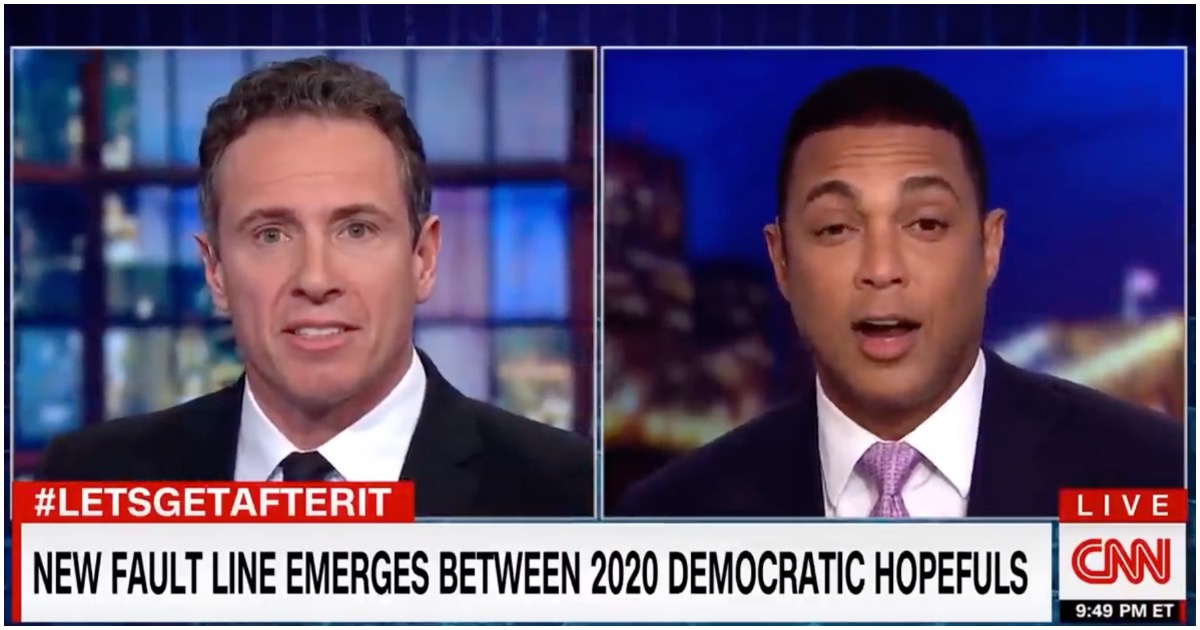 The following article, 2020 Dems Have Gone So Far Left That Even CNN Hosts Are Stunned Speechless [WATCH], was first published on Flag And Cross.

Democrat Socialist presidential candidate Bernie Sanders says he’s all in favor of allowing felons (including terrorists like the Boston bomber) to vote from prison.

A crazy thought is there ever was one.

Fellow liberal candidate Kamala Harris then claimed she would consider the issue.

CNN’s Don Lemon asked Harris if she supported comments made earlier in the night by socialist Sen. Bernie Sanders (I-VT), who said that convicted terrorists, including the Boston Marathon bomber, should be allowed to vote in U.S. elections while in prison.

Harris responded, “I agree that the right to vote is one of the very important components of citizenship and it is something that people should not be stripped of needlessly, which is why I have been long an advocate of making sure that the formally incarcerated are not denied a right to vote, which is the case in so many states in our country, in some states permanently deprived of the right to vote.”

Lemon followed up, “But people who are in — convicted, in prison, like the Boston Marathon bomber, on death row, people who are convicted of sexual assault, they should be able to vote?”

Kamala: “I think we should have that conversation.”

Now, even CNN hosts are stunned at how far left these Democrats have gone:

The very next day, Kamala changed her mind.

She said, “Do I think that people who commit murder, people who are terrorists should be deprived of their rights? Yeah, I do.”

Democrat Kamala Harris last night: “We should have that conversation” about allowing the Boston Marathon bomber to vote from prison

Harris today: “Do I think that people who commit murder, people who are terrorists should be deprived of their rights? Yeah, I do” pic.twitter.com/XMqeVNkgUm

A CNN panel blasted Harris for flipping, especially so soon:

On Sanders, via Daily Wire:

Continue reading: 2020 Dems Have Gone So Far Left That Even CNN Hosts Are Stunned Speechless [WATCH] ...

It’s amazing to hear those democrats/socialists as they cater to whoever they happen to be speaking to at the moment and then take the opposite view when talking to someone else. But in the end they are for socialism and want the opportunity to become the “supreme ruler” and if the dems are able to take over they will soon accomplish that wish. It’s called communism.