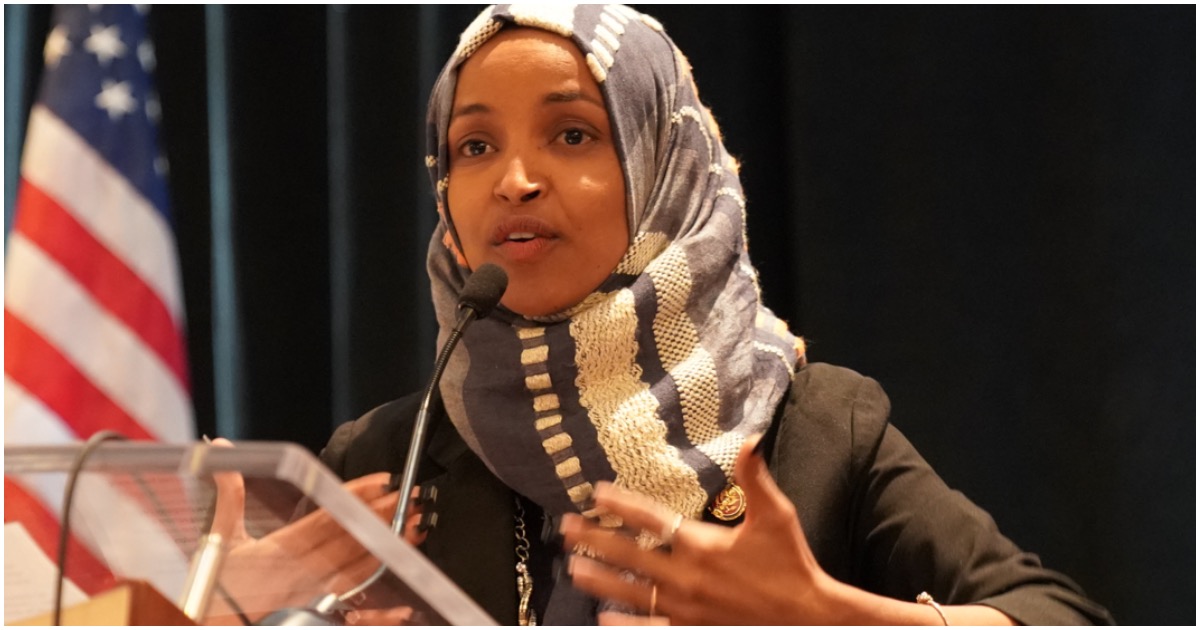 The following article, ICYMI: Ilhan Omar Plays the Victim, Claims She Has Lived Through ‘Presidential Harassment’, was first published on Flag And Cross.

No joke. Her words.

Omar delivered the keynote speech at a fundraiser for CAIR in late March and urged Muslim Americans to “raise hell” and “make people uncomfortable.” In one part of her speech that surfaced on Twitter this week, Omar described the 9/11 attacks in a peculiar way.

Then, on Friday, President Trump sent a tweet in reference to the Mueller report and the constant liberal bashing he faces on a daily basis…

Omar responded, maybe thinking she was being clever?

No thanks, just lived through one! https://t.co/W7ZjgvosHN

In case you live under a rock, see Trump’s tweet below from earlier in the week where he calls out Omar – which is why she just claimed she was “harassed” by the president…

Here are reactions to Omar’s “No thanks, just lived through one!” tweet:

You are the worst

Having to be accountable is not "harassment."

Eh. No big deal. He's just someone who did something.

Aw I’m sorry, did some people do something to you?

The reason? Because 45 is putting Ilhan’s life in danger.

House Speaker Nancy Pelosi demanded that President Donald Trump take down the video that he tweeted out on Friday that accurately portrayed Rep. Ilhan Omar (D-MN) trivializing the 9/11 terrorist attacks.

Following the president’s tweet, I spoke with the Sergeant-at-Arms to ensure that Capitol Police are conducting a security assessment to safeguard Congresswoman Omar, her family and her staff. They will continue to monitor and address the threats she faces.

The President’s words weigh a ton, and his hateful and inflammatory rhetoric creates real danger. President Trump must take down his disrespectful and dangerous video.

.@realDonaldTrump’s dangerous video must be taken down. I have spoken with the Sergeant-at-Arms to ensure that Capitol Police are conducting a security assessment to safeguard Rep. @Ilhan Omar, her family & her staff. They will continue to monitor & address the threats she faces. pic.twitter.com/Grb9c8S18d

Are these Democrats out of control or what? It is just beyond comincal at this point.

She the victim? really??? Just the rectum in my opinion!