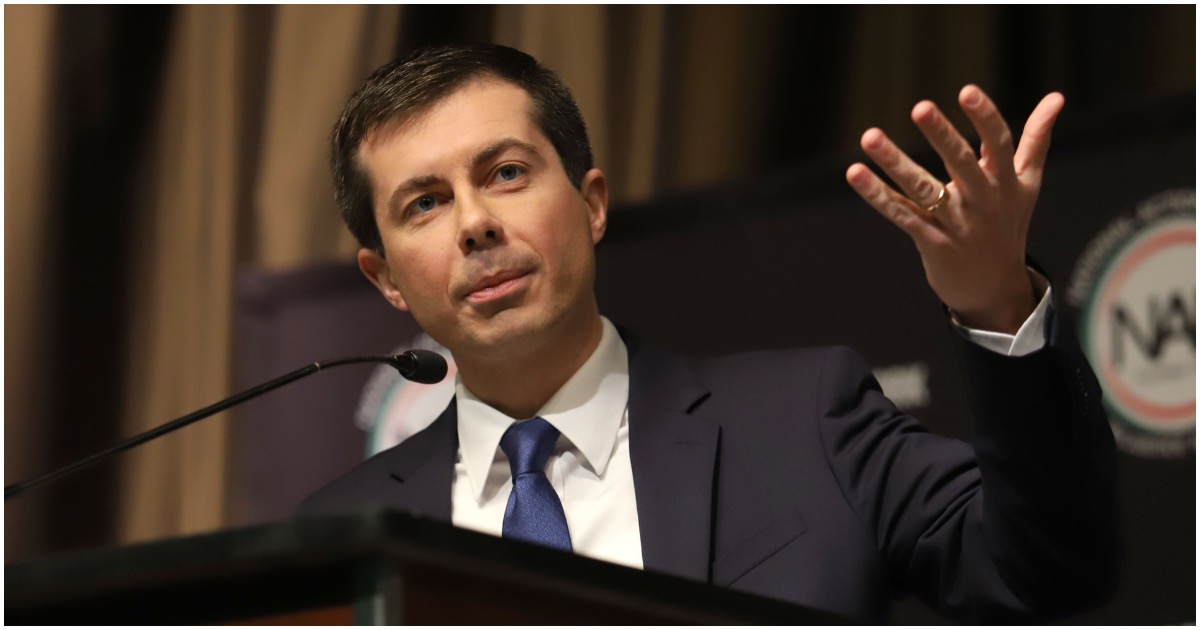 Was this a smart thing to say by South Bend, Indiana mayor (and 2020 Democrat candidate) Pete Buttigieg?

Does it make any sense, whatsoever?

Buttigieg knows he faces an uphill battle when it comes to name recognition and bringing in campaign cash, so jabbing at Bernie and Trump as opposed to talking policy is all he’s got for the time being.

South Bend Mayor Pete Buttigieg seemingly took shots at Sen. Bernie Sanders (I., Vt.) during a speaking event in New Hampshire this weekend, saying his supporters back him for similar reasons people voted for Donald Trump in 2016.

Buttigieg’s remarks came during a question about Buttigieg’s 2000 prize-winning “Profiles in Courage” essay, in which the then-high schooler praised Sanders for his bipartisan efforts in Congress. But now, Buttigieg says Sanders inspires in his supporters the same bitterness about economic stagnation which Buttigieg believes motivated the same voters to propel Trump to the presidency.

Buttigieg noted, “I think the sense of anger and disaffection that comes from seeing that the numbers are fine, like, unemployment is low, like you said, GDP is growing, and yet a lot of neighborhoods and families are living like this recovery never even happened. They are stuck.”

The father of Democratic presidential hopeful Pete Buttigieg was a Marxist professor who spoke fondly of the Communist Manifesto and dedicated a significant portion of his academic career to the work of Italian Communist Party founder Antonio Gramsci, an associate of Vladimir Lenin.

Joseph Buttigieg, who died in January at the age of 71, immigrated to the U.S. in the 1970s from Malta and in 1980 joined the University of Notre Dame faculty, where he taught modern European literature and literary theory. He supported an updated version of Marxism that jettisoned some of Marx and Engel’s more doctrinaire theories, though he was undoubtedly Marxist.

He was an adviser to Rethinking Marxism, an academic journal that published articles “that seek to discuss, elaborate, and/or extend Marxian theory,” and a member of the editorial collective of Boundary 2, a journal of postmodern theory, literature, and culture. He spoke at many Rethinking Marxism conferences and other gatherings of prominent Marxists.

Is this a man the American people really want to see running the country, given his familial background and current far-left leanings?

Unfortunately, by the time certain Americans wake up to the horrors of progressivism, it will be too late – and potentially irreversible.

Check out Pete’s thoughts on the Electoral College.