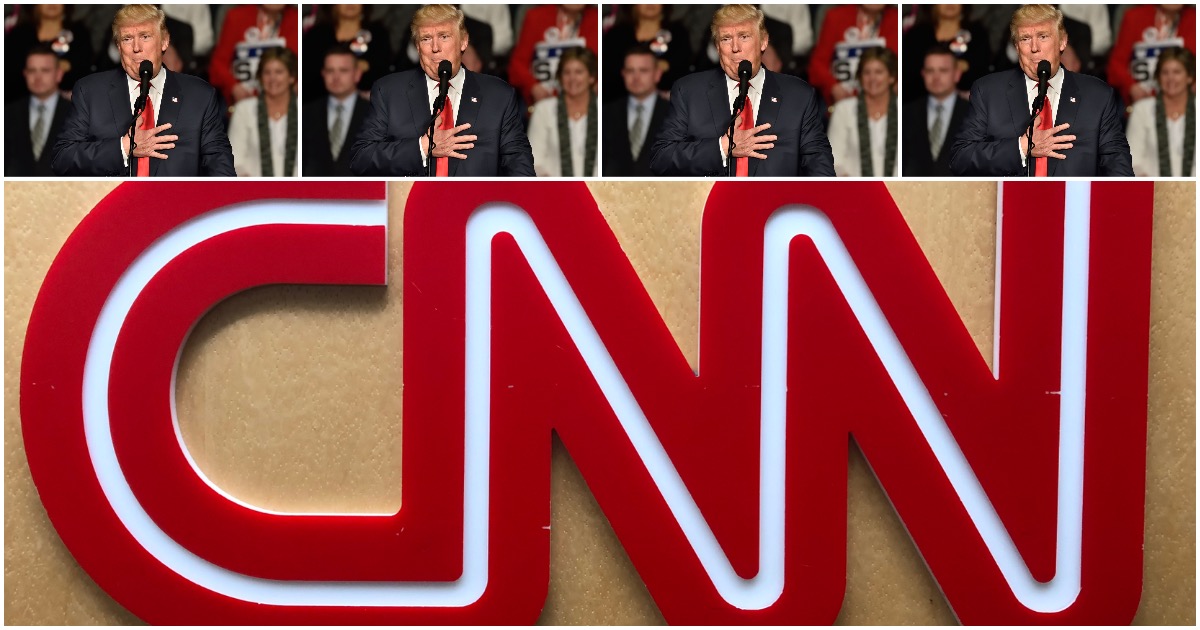 The following article, CNN Ratings Plummet to Lowest of the Year, Trump Expertly Trolls With One Perfect Word, was first published on Flag And Cross.

As most people would expect by now, Fox News continues to top the list of primetime viewership.

CNN, on the other hand, isn’t fairing so well.

CNN had its lowest primetime weekly ratings overall and in the key age demographic last week, according to Nielsen Media Research.

Enter Trump with the one-word troll:

Now that President Trump has been cleared when it comes to all things Russia, the media has been pushing the narrative that Attorney General Bill Barr is incompetent and 45 needs to be impeached.

This is how they shift the focus while keeping the uninformed in the dark.

Check out this poll CNN decided to air late at night confirming the American people are sick of hearing about Russia.

For some reason, they decided to not air the poll during the day.

The post included a screen grab from 12:15 a.m. that showed the results of a Monmouth University Poll from April 11-15.

Fifty-four percent of respondents said they wanted lawmakers to “move on,” while only 39 percent want to “continue investigating.” Two percent said it “depends,” while five percent said they “don’t know.”

Fun poll from the late-night @CNN coverage that would have been nice to see put on-screen earlier in the day pic.twitter.com/WolYPXL4s3

Fox News’ Tucker Carlson Tonight is a ratings juggernaut. Either that or CNN’s lineup is a complete and utter dumpster fire.

Both things can be true.

I am now open to the idea that Brian Stelter is trolling ALL of us. He literally said there hasn't been much news this week and that's why ratings are down. https://t.co/TvrqQHBQRy

After CNN learned of the news, they were not pleased.

Check out their childish tantrum:

Over the last month, Tucker Carlson’s commercial breaks have had only a smattering of ads from lesser-known brands. It might be a new normal for the Fox News host, who has endured ad boycott campaigns since he made racist remarks on immigrants in December.

Over the last month, Tucker Carlson's commercial breaks have had only a smattering of ads from lesser-known brands. It might be a new normal for the Fox News host, who has endured ad boycott campaigns since he made racist remarks on immigrants in December. https://t.co/Ac9sfcYiaS pic.twitter.com/O9GNUKxmyr

This is what happens when CNN refuses to play it “fair and balanced.”

It would appear as though people have decided to change the channel.