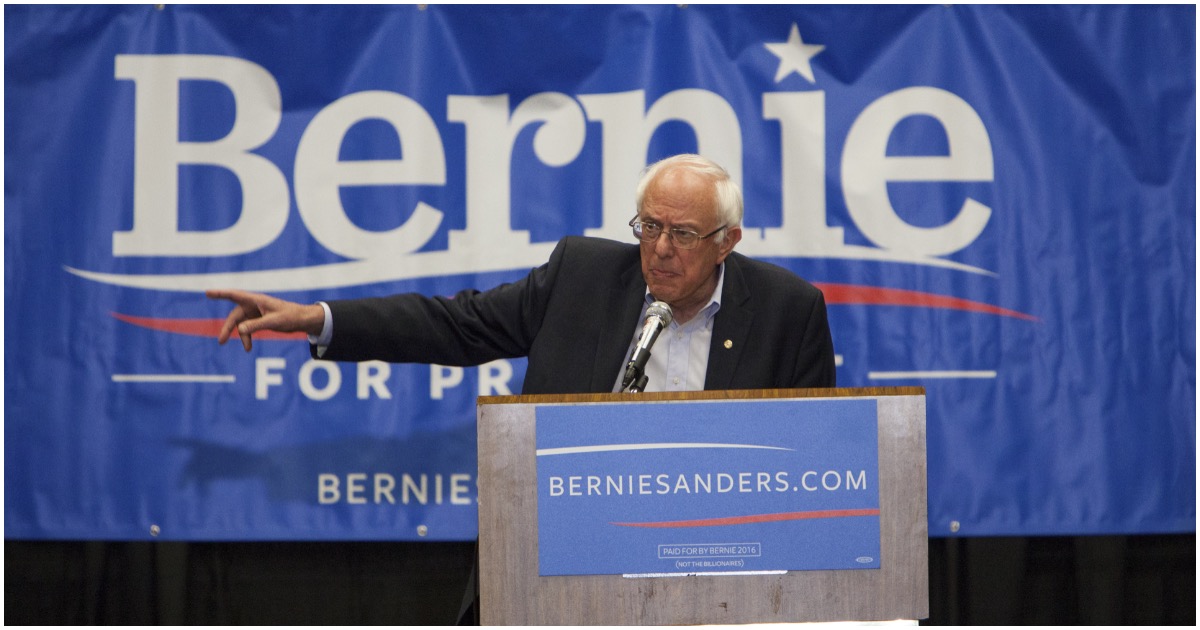 The following article, ICYMI: Bernie Sanders Calls for Sweeping Gun Bans, Would Strip Americans of Their Rights, was first published on Flag And Cross.

Democrat Socialist Senator Bernie Sanders (VT) is all in favor.

The problem is that he wants to do the same thing over here…in America.

Wouldn’t that be swell? Who needs Second Amendment rights, huh?

As noted by Ryan Saavedra:

Bernie Sanders announces he supports confiscating all semi-automatic firearms from law abiding citizens, which is what New Zealand is doing

Bernie Sanders announces he supports confiscating all semi-automatic firearms from law abiding citizens, which is what New Zealand is doing https://t.co/9siHWhpijj

This is what real action to stop gun violence looks like. We must follow New Zealand’s lead, take on the NRA and ban the sale and distribution of assault weapons in the United States.

This is what real action to stop gun violence looks like. We must follow New Zealand's lead, take on the NRA and ban the sale and distribution of assault weapons in the United States. https://t.co/lSAisDG9Ur

The 2020 presidential candidate, if elected POTUS, would almost certainly rip up the Second Amendment.

Ardern noted, “As I’ve said, what we’ve done here is taken out the guns out of circulation that are most critical to be addressed urgently and that’s what we’ve announced, with essentially almost immediate effect.”

Ardern added: “There is more to be done and tranche two will look at issues around licensing, issues around registration, issues around storage. There are a range of other amendments that we believe do need to be made and that will be the second tranche of reforms yet to come.”

That could not be more evident in light of a new report claiming the pair have a plan to kill the booming stock market.

When a company repurchases shares, their value rises, and employees benefit. The senators think something is wrong with that.

Senators Chuck Schumer of New York and Bernie Sanders of Vermont want to penalize “self-indulgent” corporations that buy back their own stock. In a recent article in the New York Times, they argued that when companies repurchase shares, not only do the vast majority of Americans not benefit, but income inequality is exacerbated since only wealthy shareholders and corporate management profit.

Despite decades of extraordinary success that the United States has enjoyed and that we enjoy today, Schumer and Sanders believe that something sinister is taking place in the corporate world. They call buybacks a form of “corporate self-indulgence.” Why? Because […]

[…] corporate boardrooms have become obsessed with maximizing only shareholder earnings to the detriment of workers and the long-term strength of their companies. . . . Companies, rather than investing in ways to make their businesses more resilient or their workers more productive, have been dedicating ever larger shares of their profits to dividends and corporate repurchases.

Sanders has a trippy past that involves being a hippie and praising the communist ways of the USSR.