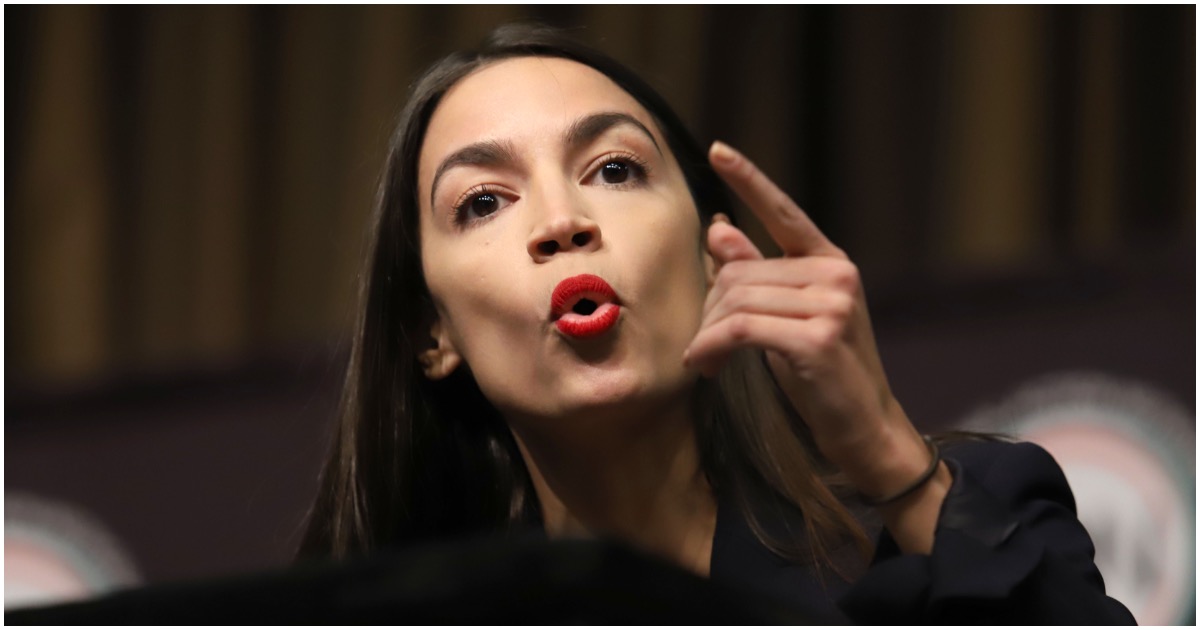 That’s when the train came off the tracks.

See for yourself as Alexandria turns into a bumbling mess:

ISIKOFF: What would be your top three if you were drafting the articles of impeachment?

OCASIO-CORTEZ: No, I don’t. Because I think that for a lot of aspects of the Russia investigation, as we saw with the Mueller report, I think there are a lot of parts of the Russia issue that some down to emoluments. Pay-for-play, financial transactions, Trump Tower. It comes down to money. And if we had gotten something from the Mueller report I would probably put that up there as number one, but I feel like it is a little risky to put all your eggs in that basket. And I think a lot of this stuff happens through backdoor bank accounts and stuff like that. So emoluments kind of includes any financial misconduct in relation to Russia.

KLAIDMAN: Specifically on tax fraud, what do you have in mind? Is there something specific, like deflating assets, or the insurance issue. Those issues you brought up when you were questioning Michael Cohen?

WATCH: @AOC is asked her top-3 reasons to impeach President Trump. Only one itsy-bitsy problem! Her little empty brain has a hard time thinking of any reasons.

When she does come up with some reasons, she says the census and the tax bill are impeachable offenses?

Time after time she attacks POTUS and seems to forget everything good he has done for the nation.

On MSNBC, Maxine declared she has “everything” necessary to impeach 45.

Waters: “I believe in the Constitution, and the Constitution gives us the authority and the responsibility to decide whether or not a president is acting in the best interests of this country. This president is not. As far as I’m concerned, he has enough violations, he’s been involved in a lot of activity that we believe needs to be made apparent.”

She added, “And so, I believe that we have everything that it needs to basically impeach him. I believe that. And you’re absolutely right, we’re depending on Mr. Mueller.”

Democrats and their Puppet Press will likely never understand how stupid they look and sound.