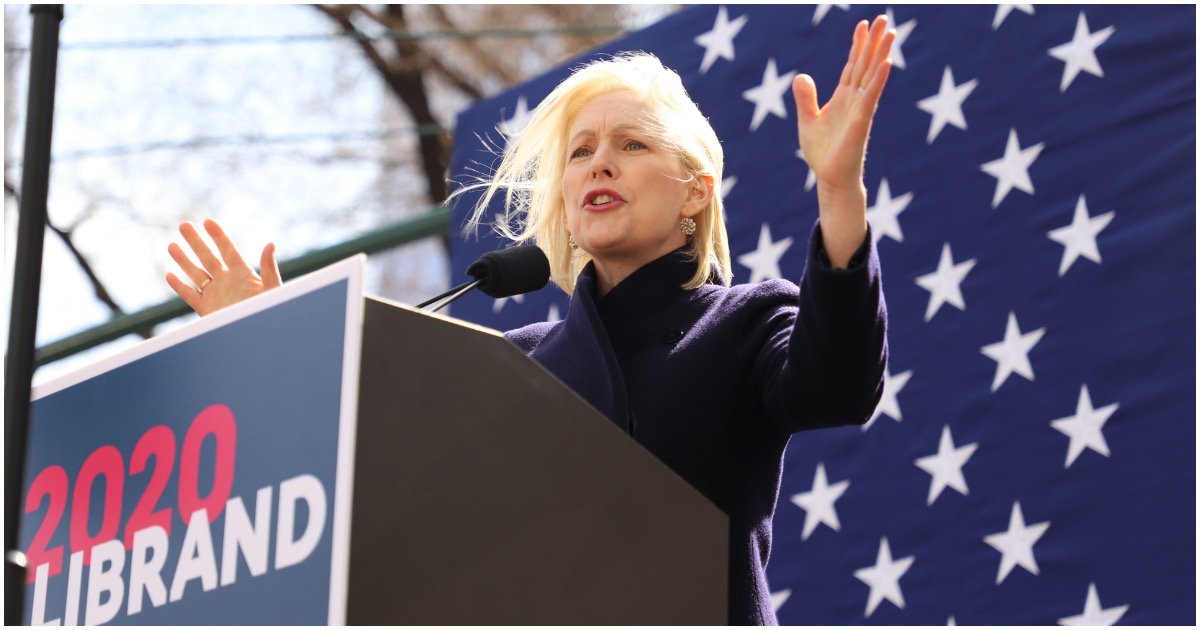 The following article, 2020 Dem Appears to Incite Violence Against POTUS, Aims to ‘Punch Trump In the Face’, was first published on Flag And Cross.

Another day, another Democrat saying something silly.

The far-left 2020 presidential candidate may stand zero chance of defeating President Trump – or even members of her own party for the Democrat nomination – but that won’t stop her from claiming the goal is to “punch” POTUS “in the face.”

The morning after her packed event in Davenport, I follow Gillibrand south to Muscatine—she is on a Mississippi River tour, visiting some of the Iowa counties that flipped from Obama to Trump in 2016—and she seeks me out to make sure I’ll be at her official campaign kickoff that coming Sunday, outside of the Trump International Hotel & Tower in New York. “We’re gonna punch Trump in the face!” she tells me, smiling broadly, literally jumping up and down. “It’s the New York way!” Then she hops in her car to race to her next event.

So inciting violence against someone is ok if you’re on the left like Joan & the senator.

She's going to get someone killed with that rhetoric lol

You’re not inciting violence, are you?

Why is @SenGillibrand inciting violence? So reckless….

Therefore, it only seems right that a New York Democrat running for president would say she supports “X” as a third gender option.

New York Democratic Senator Kirsten Gillibrand, a 2020 candidate, endorsed federal implementation of a third gender listing for Americans who identify as non-binary. Speaking at an LGBTQ-focused meet and greet in New Hampshire on Friday, Gillibrand emphatically said “yes” about recognizing “X” as a third gender marker.

Will the other Dems running in 2020 come out and echo Gillibrand’s words?

Does Gillibrand have a shot at her party’s nomination?

Kirsten was the fourth Democrat to enter the 2020 race.

Continue reading: 2020 Dem Appears to Incite Violence Against POTUS, Aims to ‘Punch Trump In the Face’ ...

Time for the Secret Service to arrest this “never was” and very evil Democrat from New York for threatening the President of the USA.