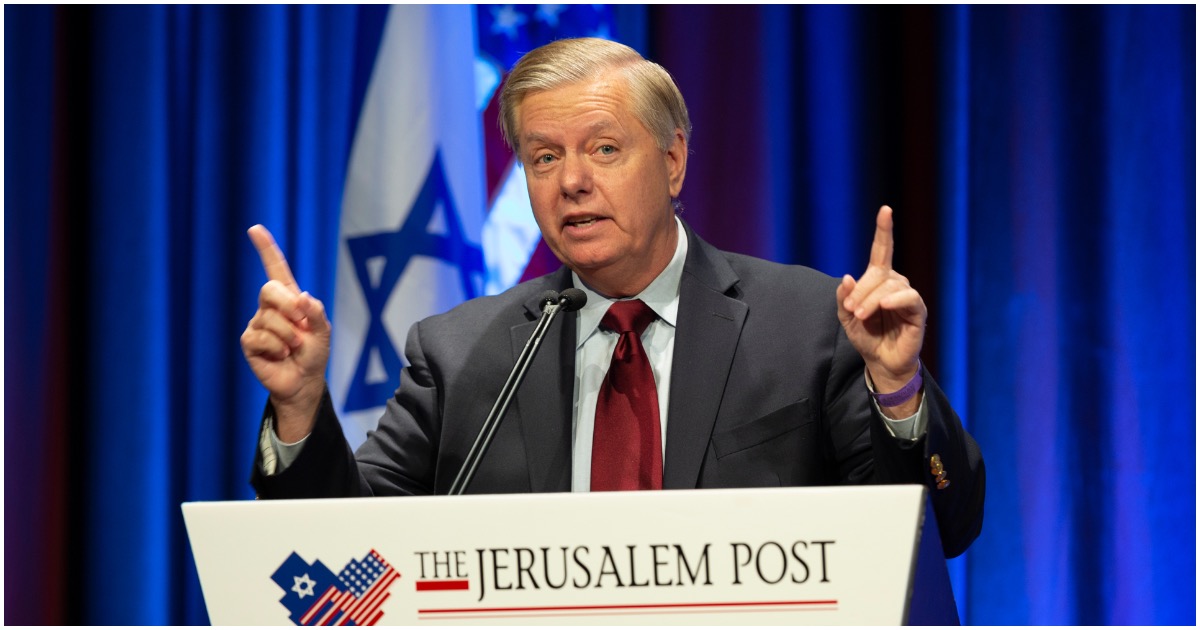 The following article, LIKE A BOSS! Lindsey Graham to Introduce Legislation That Tightens Asylum Laws (Details), was first published on Flag And Cross.

South Carolina Senator Lindsey Graham (R) fiercely loves his country and is willing to do anything to make sure American citizens remain as far away from harm as possible.

Graham is set to introduce legislation that will tighten current asylum laws.

Sen. Lindsey Graham said Sunday he will be introducing a proposal to change U.S. asylum laws, saying the only way to stop the crisis at the southern border is to toughen up asylum standards.

Graham noted, “We have to change these laws so people stop coming.”

He added, “Doing what we are doing is not working … the crisis has to come to an end.”

He wants to change the time officials can detain a minor child to more than 20 days, saying the court decision now in place requires them to be released after 20 days of detainment, long before a family’s asylum case can be decided, causing many family units (and sometimes fake families) to be released.

For example, an Obama-appointed judge blocked POTUS Trump’s policy sending asylum seekers back to Mexico while they wait for an immigration judge to hear their case.

However, something just happened.

The far-left Ninth Circuit Court of Appeals has now ruled in the Trump administration’s favor.

Asylum seekers CAN be sent back to Mexico.

The Trump administration can keep sending asylum seekers back to Mexico after an appeals court temporarily reversed a ruling that halted the policy.

The decision from the 9th Circuit Court of Appeals came Friday as the asylum policy was set to end on Monday night. The government told the court that the U.S. is facing “a humanitarian and security crisis” at the southern border and needs the policy to deal with surging number of refugees, Reuters reported.

Friday’s two-paragraph decision marked a rare ruling from the 9th Circuit in favor of Trump, who has criticized the court for blocking his immigration policy in previous cases.