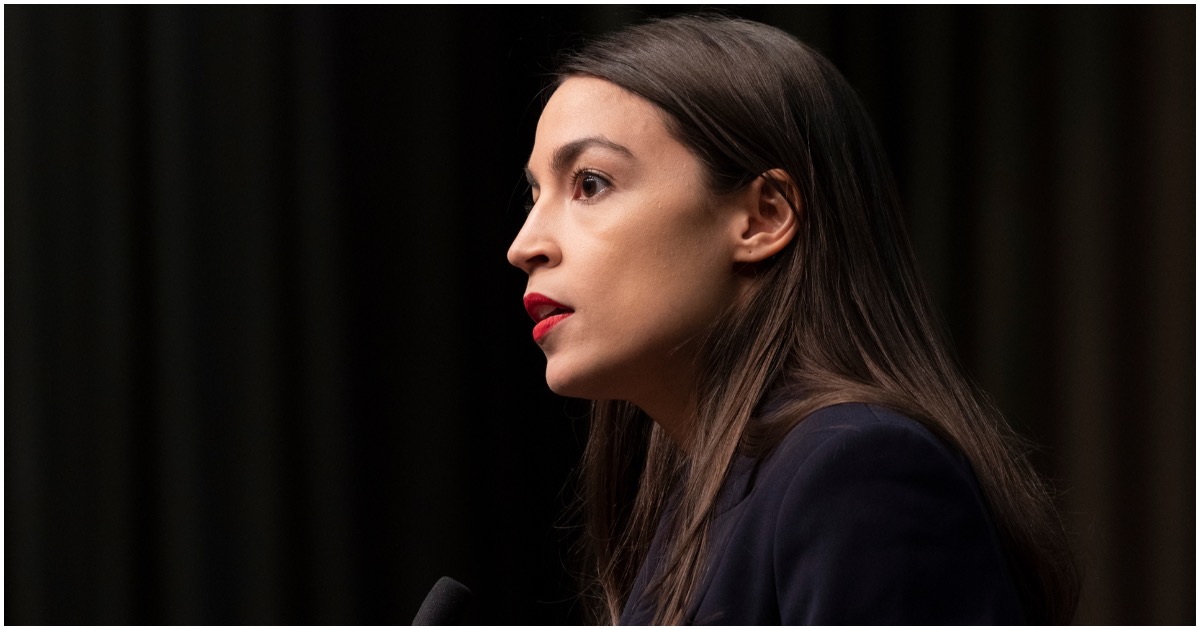 The following article, FLASHBACK: AOC May Have Committed ‘Major Ethics Violation’ After Startling Discovery Uncovered, was first published on Flag And Cross.

Her team was quick to say that Roberts was not a member of AOC’s staff, therefore he’s not earning a salary.

You see, Roberts is actually listed in Alexandria’s staff directory.

Hey @AOC – A friend of mine who works in the House just sent me this screenshot of your staff directory from the internal congressional database.

Contrary to your denial, it lists your boyfriend as being on your staff. Care to explain why you appear to be lying? pic.twitter.com/My8ixAJyXC

Is this a “major ethics violation?”

.@Aoc is having a tough week

She ran Amazon out of NYC killing 25,000 working class jobs for her constituents she pretends to fight for

Starting to look like a major ethics violation and you lied to cover it up. https://t.co/7QyMfm4y4b

Alexandria’s chief of staff, Saikat Chakrabarti openly supports a man who was an Hitler “ally.”

Saikat Chakrabarti is a highly motivated, smart guy. A Harvard grad, he founded a web tools company, Mockingbird. He is a founder of Justice Democrats, the PAC set up with The Young Turks’ Cenk Uygur, was instrumental in getting AOC elected, and is presently going through congressional training to learn how to become an effective chief of staff for the Dems’ golden girl.

‘If we’re not pushing the chips in every single time … we’re not gonna get the change we need.’ — Alexandria Ocasio-Cortez’s chief of staff @saikatc on why she made headlines during her first week in D.C. (via @justicedems) pic.twitter.com/dEWdw39BUn

At a press conference for Sunshine Movement, which is far-left, Alexandria compared her midterm election victory to the Civil Rights Movement.

There are no words to explain this ignorance. It would be funny if it was meant to be parody.

She also thought her win was comparable to the moon landing.

AOC: “This is not just about a clean new deal. This is about a new deal for the United States of America.”

“Because in every moment when our country has reached the depths of darkness, in every moment when we were at the brink, at the cusp of an abyss and we did not know if we would be capable of saving ourselves, we have. We’ve done it. We’ve dug deep and we’ve done what we thought was impossible.”

What an utterly ridiculous comparison to make.

At a press conference this morning, Democratic socialist @Ocasio2018 compared her 2018 election victory to historical American accomplishments such as the moon landing and the Civil Rights movement. pic.twitter.com/2JMfFiTg3h

Ocasio-Cortez compares her election to moon landing. Huh? Big difference. Moon landing was LUNAR, not LOONEY; Moon landing done by ppl who knew what they were doing…those who elected someone who thought there were 3 branches of Congress did NOT. https://t.co/Kc3nvvByN3

Socialist Alexandria Ocasio-Cortez: "We are the party of King, of Roosevelt, of the ones who went to the moon!"

#1. Going to the moon was not a Republican vs. Democrat thing.
#2. It happened under President Nixon, a Republican. pic.twitter.com/jmbv40ZTb5

AOC also needs everyone to know that “people are going to die” if something isn’t done about climate change.

Ugh. It’s going to be a long two years covering this one.