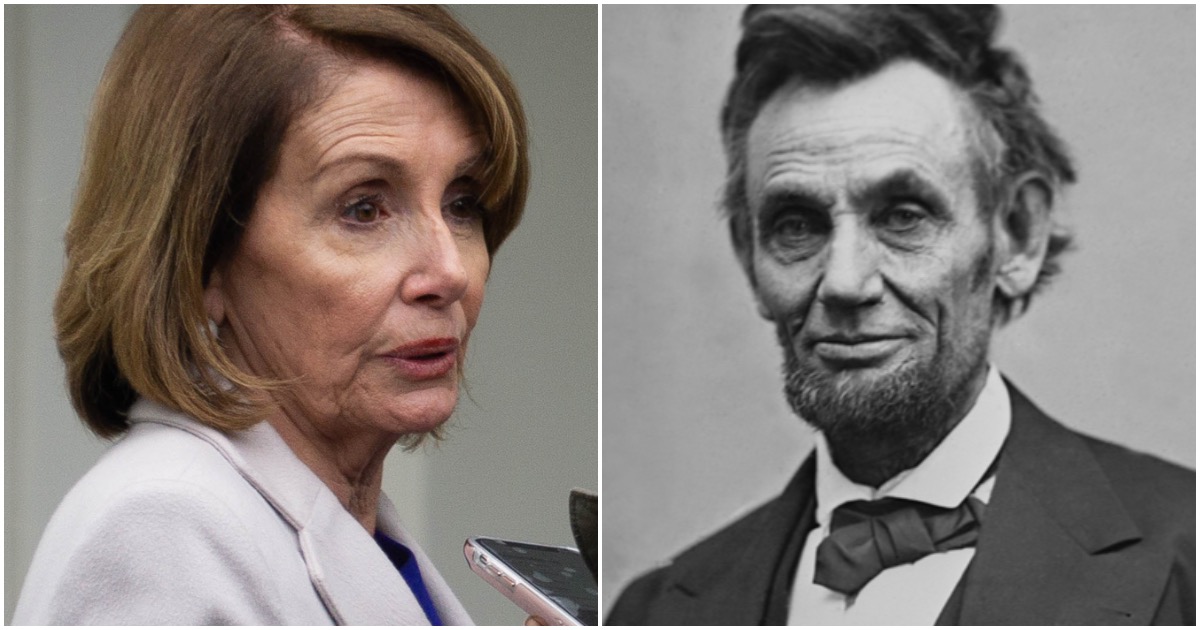 The following article, WATCH: Nancy Pelosi Compares Herself to Abraham Lincoln In Shock Video [No Joke], was first published on Flag And Cross.

The reason is abundantly obvious to most. Others aren’t quite as sure. Let’s place Speaker of the House Nancy Pelosi in the latter category.

According to the Golden State Democrat, she and Lincoln are eerily similar.

Here’s why – as she explains it…

Pelosi as Lincoln. Lesley Stahl: “She told us that our democratic values are being threatened and, says unabashedly, that she is the right person to stand up for them.” @SpeakerPelosi: “As our founders said….the times have found us. The times found Lincoln.” #60Minutes

Pelosi as Lincoln. Lesley Stahl: “She told us that our democratic values are being threatened and, says unabashedly, that she is the right person to stand up for them.” @SpeakerPelosi: “As our founders said….the times have found us. The times found Lincoln.” #60Minutes pic.twitter.com/W8ghbOQMei

At the 2019 State of the Union address, President Trump spoke of unity.

He also happened to bring up the fact that black, Hispanic, and Asian unemployment has hit record low levels.

Speaker Pelosi refused to clap. She wouldn’t stand, either.

More from the SOTU:

Trump calls for unity on the following issues:

The Democrats sit and refuse to clap. pic.twitter.com/BqUuAiQ5a8

I had a bowel movement in the toilet and I swear it had her face on it!

Well, old nancy does look like Abe, but only on his worse day.