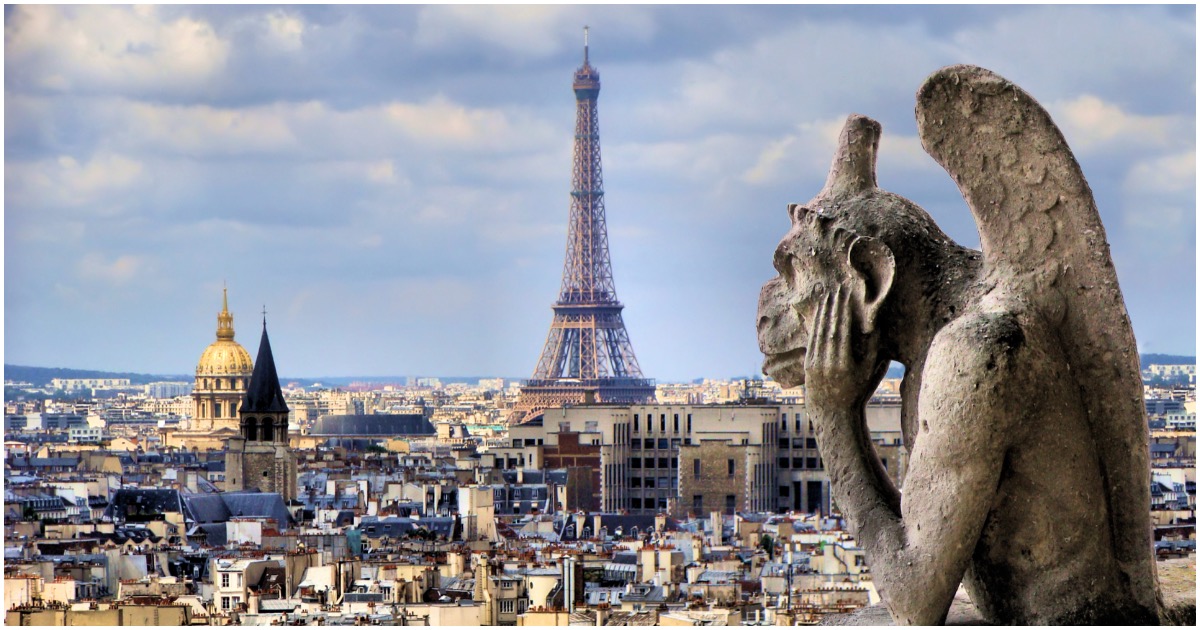 The Notre Dame Cathedral in Paris nearly burned to the ground on Monday afternoon, while undergoing nearly $6.5 million in renovations.

Priceless artifacts, such as Jesus Christ’s Crown of Thornes and the Tunic of St. Louis were rescued from the flames.

As terrible a day as it was for Catholics the world over, not all was lost.

A French billionaire, Francois Pinault, has pledged at least 100 million euros toward rebuilding the church.

Pinault is a good man.

Notre Dame’s most precious treasure, a relic venerated as the Crown of Thorns worn by Jesus Christ, is feared to have been badly damaged in the fire.

The Crown of Thorns, which is considered Paris’s equivalent of the Crown Jewels, is stored at the end of a nave of the cathedral, not readily visible to visitors.

It is encased in an ornate gold and glass container commissioned by Napoleon and is only brought out on Fridays during Lent and on Good Friday.

Video shows a cross lit up and still standing despite the fire engulfing the cathedral:

As you’d imagine, some people were pleased to see the church burn:

A man in “Muslim garb” was apparently seen at the cathedral despite the French media confirming no workers were present.

BREAKING: No workers present at the time that the Notre Dame Cathedral fire started……So who is this guy dressed in Muslim garb??#The200 pic.twitter.com/cHYlJCcsQr

Fox News’ Shepard Smith, one of the most liberal personalities at the network, cut off an “elected official” who was speculating that the Notre Dame fire was intentional.

A surreal moment on Fox, Shepard Smith has to abruptly end an interview with a French elected official who says about the Notre Dame fire that the "politically correct will try to tell you this is an accident" pic.twitter.com/aUwoH7YVpl

A fourth-grade boy was left in tears after being told to wash the Ash Wednesday cross from his forehead.

Where’s the tolerance for Christianity?

A teacher in the predominantly Mormon state of Utah was placed on administrative leave after she forced a Catholic student to wash off the Ash Wednesday cross from his forehead.

William McLeod, 9, had just returned to his school near Salt Lake City after attending Catholic Mass when his fourth-grade teacher called the ash marking “inappropriate” and gave him a hand wipe to clean it off in front of his classmates, grandmother Karen Fisher said.

Fisher noted, “He went to see the school’s psychologist crying. He was embarrassed.“