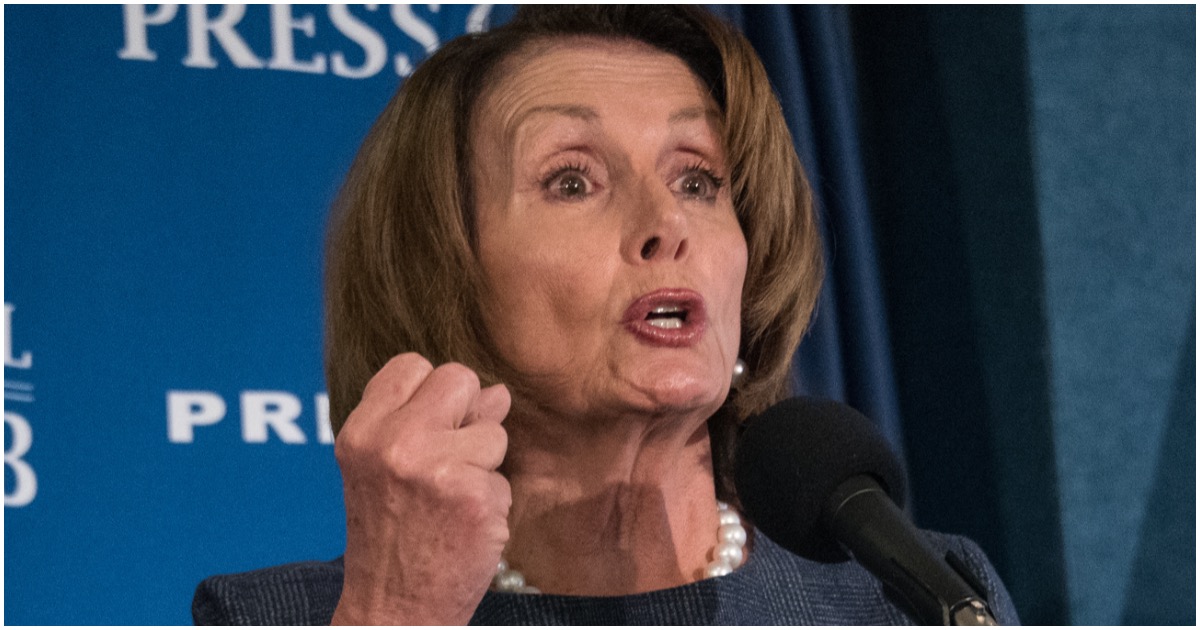 The following article, Pelosi Releases Statement, Makes New DEMAND of Trump After His Omar 9/11 Video, was first published on Flag And Cross.

The nation now knows exactly how embattled Democrat Rep. Ilhan Omar (MN) feels about the tragedy that was September 11.

According to the freshman lawmaker, “some people did something.”

Because 45 is putting Ilhan life in danger.

House Speaker Nancy Pelosi demanded that President Donald Trump take down the video that he tweeted out on Friday that accurately portrayed Rep. Ilhan Omar (D-MN) trivializing the 9/11 terrorist attacks.

Following the president’s tweet, I spoke with the Sergeant-at-Arms to ensure that Capitol Police are conducting a security assessment to safeguard Congresswoman Omar, her family and her staff. They will continue to monitor and address the threats she faces.

The President’s words weigh a ton, and his hateful and inflammatory rhetoric creates real danger. President Trump must take down his disrespectful and dangerous video.

.@realDonaldTrump’s dangerous video must be taken down. I have spoken with the Sergeant-at-Arms to ensure that Capitol Police are conducting a security assessment to safeguard Rep. @Ilhan Omar, her family & her staff. They will continue to monitor & address the threats she faces. pic.twitter.com/Grb9c8S18d

Are these Democrats out of control or what? It is just beyond comincal at this point.

Last year, Pelosi endorsed “collateral damage” against Americans who do not share her views and the views of the Democratic Party.

That’s some kind of awful, right there.

Was Judge Jeanine right about Omar?

[…] Pirro, a former New York prosecutor, suggested Omar, a Democractic representative, did not respect the law set down by the Constitution of the United States. “Is her adherence to this Islamic doctrine indicative of her adherence to Sharia law, which is antithetical to the U.S. Constitution?” Pirro asked.