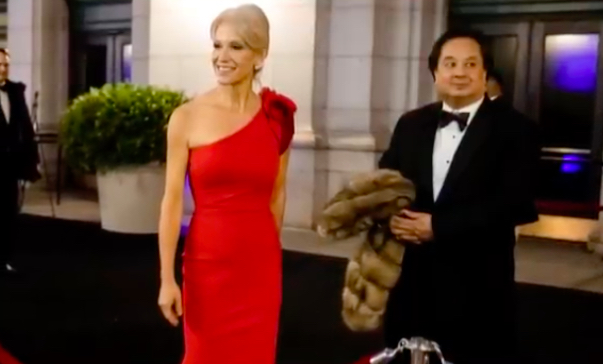 Critics of President Trump have been digging through a four page latter from the Attorney General for weeks, hoping to imbue it with some secret meaning.

The letter, which summarizes the massive report filed by Special Counsel Robert Mueller on the subject of “RussiaGate”, was seen by congressional democrats as insufficient.  They have subsequently badgered the Department of Justice in just about every way imaginable, in order to get a copy of the full and un-redacted report.

Attorney General Bill Barr has stated that a redacted version of the report will arrive in Congress likely this week.

But Barr’s letter did contain some words directly from Mueller and his team, and a very specific grammatical nuance has George Conway on edge.

look for these words https://t.co/hJlpu7f8gF

The insinuation is, of course, that the front end of that sentence will provide some form of contradictory context to the statement itself.  This seems a little nitpicky, even for Conway.

George Conway is the husband of Kellyanne Conway – a senior adviser to the Donald Trump and the first woman to ever win an election as a campaign manager.

George, you need to get over it, you were not picked to work in the White House because you are not qualified to do so. You are just confirming your disqualifications by continuing your attack on the president. Perhaps, it is time for your wife to divorce you because of your vindictiveness. Go away, you freaking RINO/Democrat/loser.