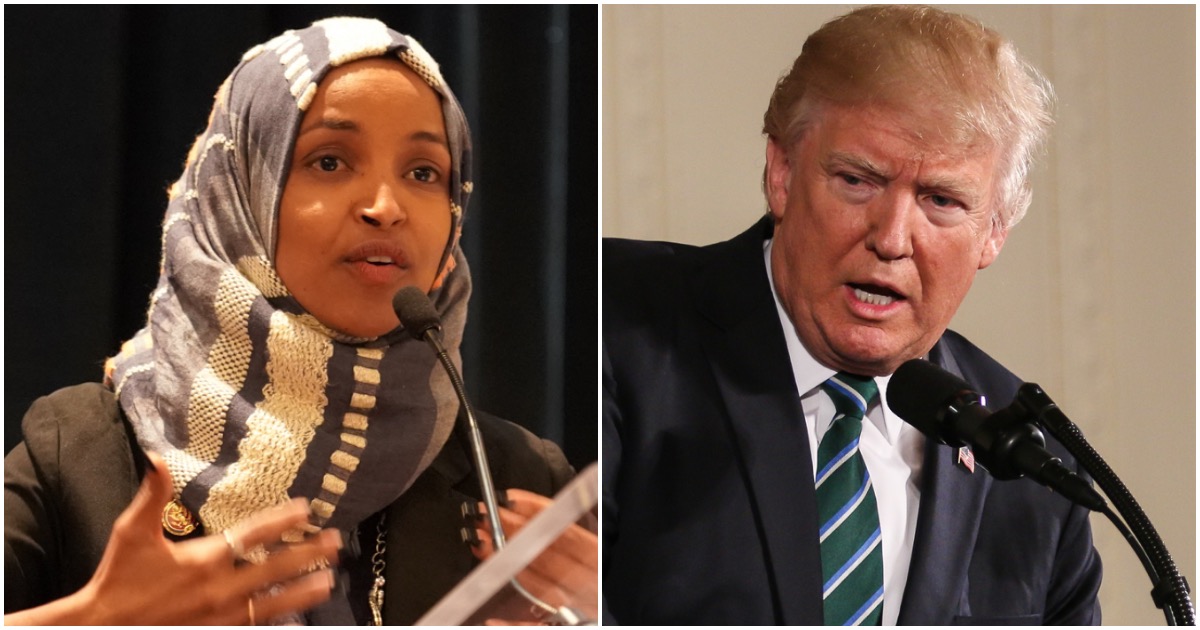 The following article, WATCH: Trump Epically Takes Down Omar for Shameful 9/11 Comment With Powerful Video, was first published on Flag And Cross.

President Trump knows exactly what he’s doing when he tweets.

It’s the only way he can get his message out to the masses with the far-left mainstream media editing his words.

This needs to go viral – if it hasn’t already.

According to Omar, “some people did something” on 9/11.

No joke. Those are her words.

Minnesota Democratic Rep. Ilhan Omar described the September 11, 2001, terror attacks on the United States in a nonspecific way during a recent speech to the Council on American-Islamic Relations (CAIR)

Omar delivered the keynote speech at a fundraiser for CAIR in late March and urged Muslim Americans to “raise hell” and “make people uncomfortable.” In one part of her speech that surfaced on Twitter this week, Omar described the 9/11 attacks in a peculiar way.

WOW. That’s some kind of awful, right there.

Was Judge Jeanine right about Omar?

[…] Pirro, a former New York prosecutor, suggested Omar, a Democractic representative, did not respect the law set down by the Constitution of the United States. “Is her adherence to this Islamic doctrine indicative of her adherence to Sharia law, which is antithetical to the U.S. Constitution?” Pirro asked.