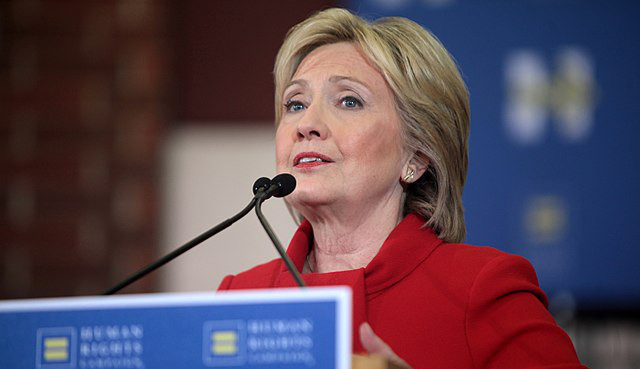 The following article, ICYMI: Hillary Clinton Once Advocated for “Drone Strike” on Julian Assange, was first published on Flag And Cross.

Folks, something terrifying is occurring in the world today, and it has to do with the concept of freedom.

As governments around the globe expand in both scope and power, there is room to grow only one thing:  Greed.  These unwieldy political beasts have not-so-subtly turned to increasing secrecy and conspiracy in order to feed this need, leaving the citizens of the world nearly helpless to stop them.

The system is rigged against us, and has been for some time.  It only takes a cursory looks at the net worth of American Congresspersons to see that there is a problem.   After all, these positions on Capitol Hill were designed by the Founding Fathers to be for “public servants”, not ruling class millionaires.

So when someone like Julian Assange comes along, threatening to expose the secrets of these off-the-rails governments, the only opposition that exists will come from those to whom Assange is a threat.

If you’re hiding something in the dark, you will curse the sun all day.

This anti-Assange rhetoric is nothing new, however, and has been a loud piece of Hillary Clinton’s repertoire for some time.

Many politicians dislike Julian Assange. But one U.S. politician seems to dislike him in particular, Hillary Clinton. In an article published in October 2016 — shortly after the publication of multiple internal DNC emails – Clinton is alleged to have  discussed a plan to silence Assange.

“Can’t we just drone this guy?” allegedly asked Clinton. The comment from Clinton caused laughter from the other top state officials present at the time, but this laughter died down as Clinton continued to discuss the idea stating that Assange was a soft target “walking around” freely, according to the article.

Hillary Clinton was so threatened by the possibility of Assange exposing her own secrets that she once tried to convince the US military to kill him in a drone strike.

Those who now tout the arrest of Julian Assange, like Meghan McCain, are clearly threatened by the Wikileaks director…which is to say that they are afraid of whatever hidden truths they possess making it to the light of day.

If you have nothing to hide, Julian Assange is no threat to you.  Remember this as we navigate the coming flood of political opinions on the subject of his arrest.

I might be more concerned about Assange if I didn’t feel like my own government is attacking me. (example: IRS harassing conservatives) I want to know what my government is doing to me and this foreign journalist has revealed the truth, unlike my own country”s media. So it is difficult to despise this truth teller. Obama pardoned the American spy, C. Manning who “partnered” with Assange, so leave foreign journalists alone. The U.S. has no legal jurisdiction over other country’s citizens laws anyway.