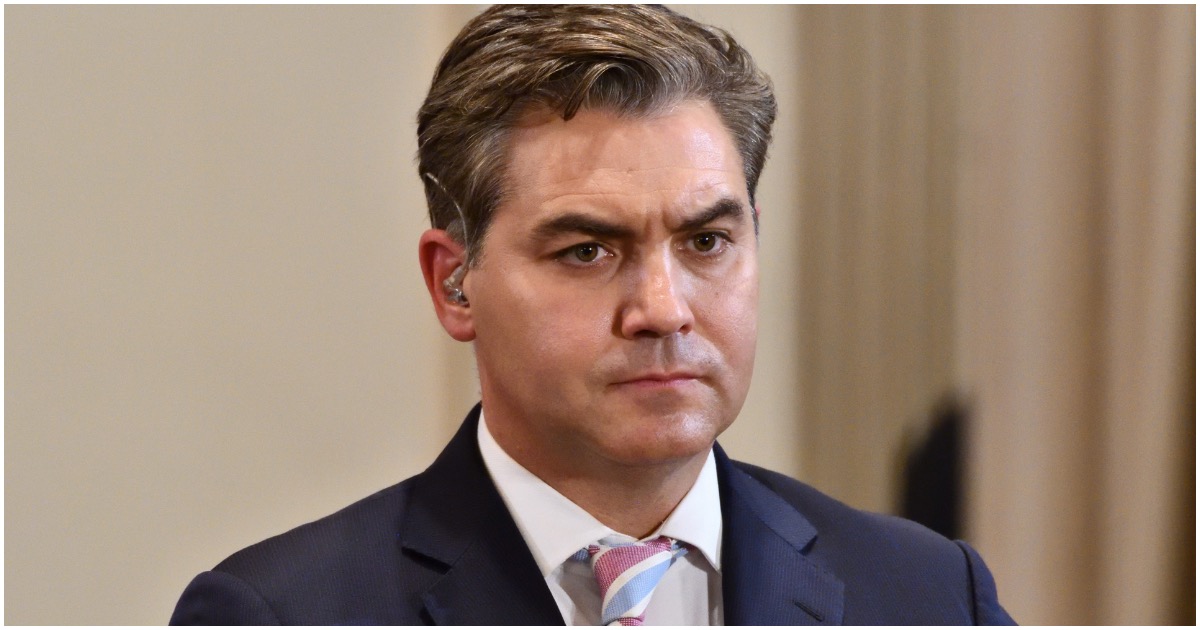 There are some things you just can’t make up.

CNN’s Jim Acosta, one of President Trump’s fiercest critics in the media, is set to receive a big award.

This is one of those things.

The New York Press announced Jim Acosta as the recipient of their “Truth to Power” award Friday. The award is intended to honor “an individual whose body of work challenges the power establishment and/or defends journalists.”

“We are proud to honor a man such as Jim Acosta, who has proven himself throughout his storied, decades-long career to be a journalist of the utmost integrity, ” Jane Tillman Irving, president of the Press Club, said in the release, which was first reported by The Wrap. “For his unwavering commitment to fact and journalism, we are pleased to add to Jim’s many accolades with the Gabe Pressman ‘Truth to Power’ award.”

Acosta must still be salty about the shellacking he took at the hands of President Trump during a press conference at the White House a few months back.

However, there’s no excuse for a journalist to smirk when the governor of Puerto Rico threatens to punch the commander-in-chief (or anybody, for that matter) in the mouth.

In the interview, which aired on “CNN Right Now With Brianna Keilar,” Rossello said: “If the bully gets close, I’ll punch the bully in the mouth.”

Needless to say, Acosta and Trump go together like peanut butter and tuna fish.

Jim has revealed he’s set to release a book on Trump.

We are not the enemy of the people. And the truth is worth the fight… more coming soon… https://t.co/SpjoSBO2oD pic.twitter.com/QMoEuUSr4g

Twitter took notice and they let Acosta have it…

It's such a dangerous time to be a reporter in the U.S. that you might… get a book deal from a big publisher, a PR blitz & plenty of opportunities to criticize the administration.

(except the only people laughing are the Trumps and Fox News) https://t.co/TPI8Y4fqp5

What a laughable premise. No one stops journalists from telling the truth and they are in absolutely no danger when doing so. https://t.co/DFDLQdZwfZ

Kellyanne Conway is the first female campaign manager to be victorious in a presidential election. If she were a liberal, Conway would be deemed a hero by the left.

During a presser with the media back in January, Kellyanne ripped into Acosta for being a “smart ass.”

Acosta wanted to know if President Trump was going to “tell the truth” in his Tuesday night address to the nation.

Acosta – who has emerged as a household name for interruptions when Trump and members of his administration are made available to the press – responded by telling Conway that he doesn’t have an “alternative facts” problem like she does.

Conway: “Make sure that goes viral. This is why I’m one of the only people around here who gives you the time of day. You’re such a smarta– most of the time and I know you want this to go viral.”

It’s hard to forget Acosta’s White House outburst. It is certainly something for which he’ll always be remembered – and that may have been the point.

A Trump-appointed judge ruled the White House had to give back Acosta’s hard pass after it was taken from him.

Judge just ruled in favor of @Acosta: Cnn TRO is granted and press pass must be restored