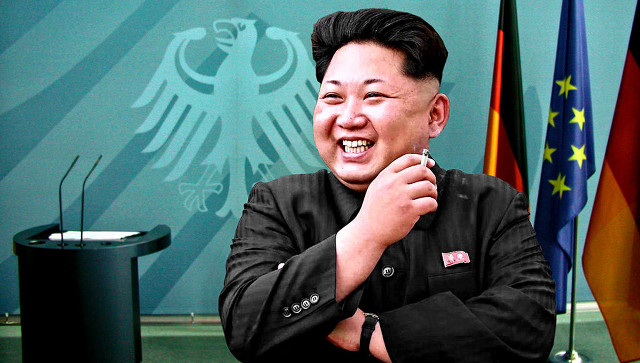 The following article, Kim Jong Un Issues Stark Warning to US Just Weeks After Summit, was first published on Flag And Cross.

For a minute there, it looked as though Donald Trump had achieved something that the world had spent six decades attempting:  Reeling in the maniacal Kim Jon Un of North Korea.

The dainty despot of the DPRK is no fan of the United States, (or of the outside world, for that matter).  While he may revel in the finer imports, including cognac, champagne, and basketball, the North Korean people are held hostage by the dictator’s unfathomable cruelty.

As he and US President Donald Trump met in various summits around Asia, it seemed as though the menace he posed to the world at large was diminishing.  After all, this was the first time in six decades that North Korea had even participated in bilateral talks with anyone, let alone a western power whom they often threatened to annihilate.

Reports from Pyongyang this week, however, show an old dog in Kim who’s unwilling to learn new tricks.

North Korean dictator Kim Jong-un ordered senior communist leaders to “deal a telling blow to the hostile forces” supporting sanctions against the regime in remarks Wednesday, presumably meaning the United States but not naming any “hostile forces” in particular.

Kim’s language during the Plenary Meeting of the Central Committee of the Workers’ Party of Korea (WPK) – the only legal political party in North Korea – as relayed by North Korea’s state propaganda arms on Thursday differs significantly from the more concerned remarks published following the meeting on Wednesday. State media stated at the time that Kim admitted that North Korea was in a “tense situation” as a result of sanctions damaging its economy.

North Koreans have been living in abject poverty for decades, as the corrupt North Korean government has grown fat and happy.

Under the latest sanctions, however, these once luxurious posts within the government have also been affected…leading to this sudden concern among top DPRK diplomats.